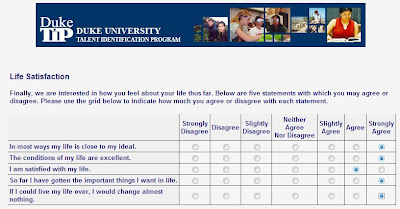 As you can see from the survey above, I'm doing much better (today, so far!). I got a foam roller which has been helping with my leg issues.

Music also going fine - my friend Sid Luscious had a song used in a movie trailer. I treated myself to an early birthday present (gear!) and will post about that shortly.

Special thanks to Liz and Peter for their kind messages. I really appreciated it.

It's great to see diversity and all, but she's more of an old rich white man than most of us will ever be. When her jackbooted thugs smash your door down and uninstall Grant Theft Auto from your PC Personal Computer, don't say I didn't warn you.

This nicely encapsulates a number of issues for me:
The entire election gets reduced to the equivalent of a web forum poll or American Idol. Given the minimal level of thought we, the people demand from these jokers (and the clowns who talk to us about them), it's probably no more than we deserve.

Candidates, here's my deal. Promise me you will deliver on any of the following and I will give you my vote and work hard to deliver the votes of anyone I know:
I don't care what party you're in. Do something. Make a difference.

Quoted in the New York Times

I was recently quoted in the New York Times.

The Internet is our Oracle, and it is wrong 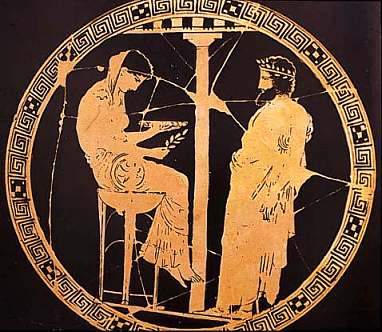 To me, there's a huge difference between criticism and reviewing...To me, a critic is someone who analyzes a show, describes it, talks about the people in it, puts it in historical context of other shows like it, compares it and stuff, and then talks about the intent of the show and whether it failed or didn't. At the end, they usually say, "By the way: not for me." But reviewers now just go, they're like bloggers, they go, "Ha ha hi. Don't bother seeing this, it's shit. Trust me, it's crap. I like this show. That show I just saw sucks. Fuck you. And by the way, I ate a muffin today."

This is one piece of the puzzle. Here's another. Recently, the hoary speechwriting cliche of starting with a dictionary definition of a word (or Lexis/Nexus hits) has been updated to something like "If you look up [insert topic here] in Google..." or "Wikipedia says..."

Put all this together and what do you have? A cacophony of uninformed, braying idiots.

Louis C.K. is right - there is a crucial difference between "criticism" (which is informed by experience, knowledge, and reason) and "opinion" (which isn't informed, and doesn't have to be).

But the Internet glosses over all that. Everyone has a soapbox - a blog or forums or website - and they're all yelling. People behave atrociously in forums, and declaim uninformed, biased opinion as though it were fact. Pseudo-scientific surveys and charts mingle with rumors, lies, speculation, and even a bit of the truth now and then. People link to each other and re-post over and over again.

But let's pretend it's not for now. Pick any topic or story on Digg (ideally one that you know something about). Then start wading through the pages of idiocy that follow. It's enough to make you swear off the Internet, or at least give you a migraine. I guarantee the threads can't stay on topic longer than the first page, and everything after the first 5 posts is usually complete noise. It's like Slashdot with a lower average IQ.

Wikipedia is sort of like the "Family Feud" version of the facts. It's not necessarily what's true, it's just what the majority thinks or accepts is true. One reason Wikipedia is problematic is the folks "running" it are making some arbitrary and poorly-thought-out decisions about what's allowed and what isn't. But they don't see it that way.

And much of the information is in a state of flux as people constantly edit it. It's an interesting experiment, but hardly a rock-solid source of objective information.

Google isn't much better. Google isn't a definitive source of truth. It's just a collection of junk. Google is great at helping you find what most people thought was a useful answer. And it is frequently entertaining, if not the absolute truth all the time (remember the whole "miserable failure" thing?).

But that distinction is lost on most people. Google becomes truth. And unlike Wikipedia, it's nearly impossible to challenge or alter if Google is wrong.

So put all this together and what do you get? A stack of useless opinions feeding back on itself, endlessly repeated, cataloged, and searched.

The Internet has become our Oracle. And it is wrong.