I haven't even finished writing about the death of Keith Flint, and now Scott Walker is dead. He lived a full, rich, and rewarding life, but like Bowie (who was a huge Scott Walker fan, covering his "Nite Flights"), it still feels too soon for such a talented artist. 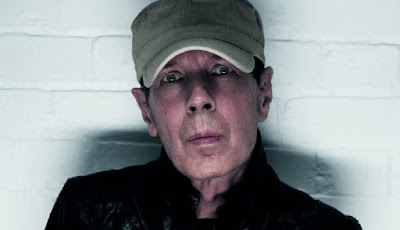 Walker remains a role model for growing up and growing old as an artist. As a young man in the 60s, he was a pop star, briefly bigger than The Beatles. He loved it until he hated it.

He discovered and covered Jacques Brel, with his first single as a solo artist the shocking "Jackie". The record's perfect late-60s production, strings, and Walker's beautiful voice rub up against the lyrics, whose criticism of show business would end up being Walker's blueprint:

...all my bridges I would burn
And when I gave them something they'd know
I'd expect something in return
I'd have to get drunk every night...


As Walker began doing what he really wanted, the little old ladies who had loved his big voice and string arrangements abandoned him in droves. His personal statement of artistic intention was "Scott 4", which came out in 1969 and was a complete commercial failure.

Walker responded by spending 5 years making thoughtless records aimed at the market and satisfying his contract, and consoled himself with alcohol.

The Walker Brothers re-formed in 1975, and made 2 records much in line with their previous pop work. In the middle of making their 3rd album, they found out their record company was going bankrupt, and the Walker Brothers decided to go out with a bang, doing what they wanted. Each member contributed and sang 4 songs. Scott had the first 4, which created a stunning suite and statement about future intentions. That album, "Nite Flights", sold terribly, and the band broke up at the end of 1978. But Scott's 4 songs made many people sit up and take notice.

In 1981, Julian Cope created a compilation, modestly titled "Fire Escape in the Sky: The Godlike Genius of Scott Walker", which re-kindled some interest in the singer.

And in 1984, he issued a new solo album, "Climate of Hunter". He would go on to release just 3 more records in a 30 year period, each more challenging than the previous.

He was a tremendous talent. Easy to respect, harder to enjoy.

A few years back a wonderful documentary called "30 Century Man" was released about Scott Walker, and it covers everything you really need to know.


The New Yorker beautifully describes the power of Scott Walker's music, but you should really hear it for yourself. It is the sound of a pop musician becoming an artist, of someone growing more confident in following their own muse off into the hinterlands. It is Art, and is simultaneously brilliant, dark, hilarious, timeless, and modern.

Walker's "30 Century Man" is a deceptively simple song that still has something strange, dreamlike, and off-kilter about it. I performed it at my 40th birthday party:

The intro of my song "Blue The Light" is a nearly straight lift of the introduction of "The Electrician" by The Walker Brothers, a brilliant example of Scott beginning to go modern and get weird as he sings about government torturers:


I shamelessly ripped off his cover of "Blanket Roll Blues" (featuring Marc Knopfler on guitar!) for my own song "The Crossing":


It is difficult to pick individual songs that represent the best of Walker's particular late-period genius, but "Jesse" is a fine example of his late period. It's "about" 9/11 and Elvis' stillborn twin brother:


This short film made for "Brando", a collaboration between Scott Walker and Sunn O))) provides perfect visual accompaniment for his disturbing aesthetic:


But perhaps my favorite is "Tilt". A cowboy nightmare, the song encapsulates Walker's sensibilities and vision.