2019 brought many things in my life to an end. It felt like coming out of a long, dark tunnel into blinding light, or perhaps that feeling one gets after the end of high school or college, where the structured life dissolves into infinite, terrific (in all senses) possibility.

2019 itself had some good moments. The year started with jury duty, and I served as the foreman in a case that was disturbing and tragic. In May, my wife and I went to Portland for a delicious and relaxing getaway. My bands played a few shows in the Bay Area, and I saw a few great shows around town, including Peter Murphy (finally!). I went to a TIP reunion. In late September and early October, I took a long tour up and down the East Coast, Maine to Florida, visiting some old friends and family. It was the sort of thing I should do more often. The holidays were a mellow affair with my closest and bestest, and I rounded out the year with a nice stay in my favorite places.

My job at PlayStation came to an end. I spent about 7 years there, all told, working on some remarkable projects and facing challenges great and small. I miss seeing my colleagues every day, but remain excited about what's next. I wasn't the only person who left, and as PlayStation moves towards their next big launch, perhaps a changing of the guard was due. A big ending, nonetheless.

My 40s came to an end. Bookended by big parties at 40 and a little over 49, the changes are inescapable and undeniable. It is not easy, but remains better than the alternative. I am surrounded by wonderful people, and my life is good. Young people don't know how great they have it!

I left one of the bands I had been playing in for several years. While I enjoyed working with the musicians, I felt I had to prioritize other creative endeavors. The last few years have reminded me that everything is finite, particularly time and energy, and I am trying to conserve where I can.

As noted in last year's review, I did manage to release 2 albums in 2019, the long-in-coming new wave opus "Pantemonium!" and the synthwave side project "End.Game" (as Luscious-235, with Brian Ward). It was tremendously satisfying to get both of those records out into the world, where they have been received extremely well. Still, both represented the end of substantial creative projects, and perhaps the end of my voice being pure, powerful, and strong.

I also started working on what looks to be a new solo album. Some of you have heard a few of the advance mixes, and while I did not finish the album in 2019, I find myself a stone's throw from the finish line for it, and am happy to be writing some new songs with some new old sounds.

I wrote less on the blog than I have in many years past, and this despite a few enthusiastic readers providing compliments and inspiration. Some of this is likely self-censorship due to potential employers finding this blog online. A majority was a sense of "what's the point?" -- I don't expect to change anyone's mind, and I channeled much of my writing energy for the back half of 2019 into private, offline journals as I worked through some intense personal issues.

At a larger scale, of course the 2010s ground to an end. Perhaps the best word to describe it is the over-used "exhausted".

The American political climate reached an inflection point, as the GOP locked itself into being the party of Trump, placing "loyalty" to Trump above everything, including the Constitution and the rule of law. They seem to have backed themselves into a corner, and it is hard to imagine anything like the current party emerging from their mental and political dead-end. Their response has been to continue to tilt the playing field in their favor, radicalizing their followers into something that behaves like a cult, dresses like a terrorist organization, and has no real operating principles.

The left, unfortunately, has also continued to move in directions both ineffective and equally dogmatic and unproductive. They are still on the side of the greater good (or at least lesser evil), but the shouting down of debate, the lack of internal consistency, and religious focus on a kind of "purity" are counter-productive at best. Coupled with a lack of charisma and big vision, they are not particularly inspiring. The best they seem to offer at the moment is "we are not the GOP", and that is a real shame.

All of the above also meant more inaction on the only problem that matters: climate change. The clock ticked off another year, with no real global action taken to mitigate or avert catastrophe. As I see how difficult it is for even the enlightened people around me to make changes in their lives, and how rigidly our systems and societies are locked into behaviors, patterns, and ways of life, I grow increasingly concerned that it is beyond our capacity to avoid the worst of what is to come.

But life changes quickly. I can still remember the optimism of the Obama years and the grim grind of the Bush years. All we can do is try our best on any given day, and hope that is enough. The End of All Ends will come soon enough for each of us. Until then, celebrate! 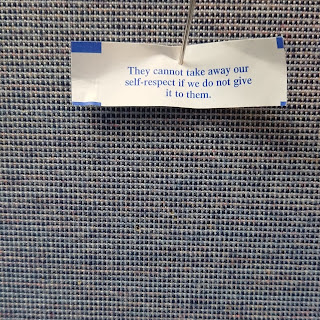