Amoeba's Piracy By Another Name

Amoeba Records has apparently decided they can simply digitize and sell whatever they want if they can't track down the copyright owners.

This is illegal and unethical. I still cannot believe Amoeba is actually doing this. I am hoping this story turns out to be untrue or inaccurate.

If you or I did this, we'd be called pirates (even if we gave this stuff away for free, which we probably would). If an internet company did this, they'd be sued and shut down.

As someone who has struggled to distribute music legally, ethically, and profitably for more than a decade, I know a lot about the business. Amoeba is in the wrong here in every way I can think of.

I hope the artist and user community come down on Amoeba with the same fury they've applied to other companies they feel are taking advantage of musicians.

Then again, it is possible Amoeba will get a pass here because they're a "record store" - perhaps the last record store - and they're "cool". They sell vinyl! They have some great in-store performances!

Amoeba is ripping off musicians.

It's worth noting exactly how Amoeba has managed to survive, while nearly all of their competitors (Tower, Virgin, HMV) have died:

Amoeba buys used CDs and vinyl for pennies on the dollar, using information asymmetry and the power of owning the market to maximize their value. They re-sell that used music at substantial markup. (I suspect there are some favorable tax consequences for many of the transactions being for "store credit" instead of cash as well).

Unlike new music, the artists, producers, engineers, and labels get none of the money. Amoeba pockets all of it.

Used CDs can be a (superficially) good deal for consumers, but they're a terrible deal for the artist.

I have spoken and written previously about the potential harm used CDs have created in the music business...and that was before "buy, rip, return".

The industry themselves have occasionally tried to make used CDs illegal (and simultaneously fought regulation of the secondhand market), and introduced various measures (including those annoying as hell "dogbone" stickers) to counteract the used market.

Amoeba's new initiative goes far beyond exploiting this market, and moves into willful copyright infringement, insulting their patrons and the artists who made all the music in the first place.
at February 28, 2013 No comments: 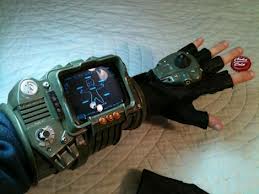 This article and several others have revived rumors that Apple is working on a "smart watch".

I am not surprised. If nothing else, they need something new to sell to people to expand their ecosystem. Given the popularity of the TikTok Lunatik (every Apple employee I know has one), it's not surprising that Apple quickly changed the Nano's shape to block others from doing what Apple wanted for themselves.

But this goes beyond mere short-term commerce.

For several years, I have been articulating a vision of our next phones and computers. They won't be bricks you lug around in your hand or back pocket. The phone and computer will dissolve and become a part of our daily wear: 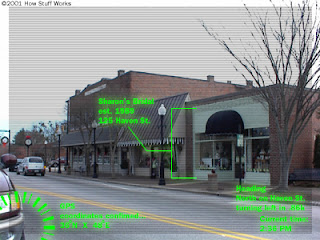 Glasses or sunglasses will contain modest, unobtrusive displays that allow you to see data overlaid on the rest of the world. Imagine how much better turn-by-turn navigation will be when you have a videogame-style arrow, "quest marker", and other information in front of you, instead of constantly glancing at your hand.

Eventually the glasses will incorporate hand and arm tracking the way the Kinect and Leap Motion do, and when combined with the visual overlay, you can have an imaginary floating keyboard or buttons wherever you need them, assuming you need that level of precision instead of just flicking your fingers back and forth to scroll.

A few years after that, there will be some kind of biofeedback improvements, where you will literally be able to "think" something to scroll, click, and so forth.

The glasses will also contain speakers or earbuds for audio, and possibly a bone conduction microphone. 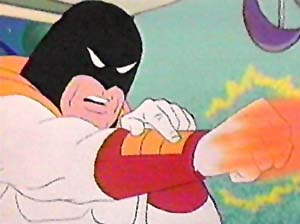 You'll probably have something on your wrist. Wrist-wear is making a comeback, in the form of the Nike Fuelband, the Jawbone UP, and Fitbit's upcoming wrist version. Sony already has an Android-based SmartWatch. There's the Pebble.

These are very early versions, but they already let you keep your hands empty and free while retaining a touchscreen display of whatever size you want, and a display you can share with others (assuming they don't have networked FancyGlasses as well).

It's also possible for the watch/wrist item to contain a microphone and bone conduction speakers as well. I have never forgotten a phone prototype demo I saw back in the 90s where someone made the "hand phone" gesture of thumb in ear, pinky at mouth with a watch prototype, and it worked: bone conduction speaker provided weak but audible phone audio through the thumb, and the wrist element contained a microphone. 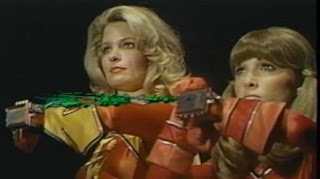 Today's challenges are largely around weight, battery life, and heat. Some exotic materials will help, and some neat technologies are emerging which could potentially allow these devices to leverage all the heat, electric energy, and kinetic motion your body produces to power these devices directly or indirectly.

The devices themselves will also effortlessly sync with your TV, tablet, and PCs at home and work, as though they were part of those machines.

There will be lots of pushback from people at first, just like with SmartPhones. I am pretty sure there will even be a bunch of articles about "the good old days" when you could see who was being rude and checking their smartphone (because in the future you won't be able to tell) and also the days when you could forget your phone or put it in your pocket or face-down on the table. Now, it'll be on/in your face all the time.

But I think it's inevitable.

I step off the plane, in about as good shape as possible. Light sleep for an hour or so on the way over. Email queue down. I walk a half mile from the plane to customs, glancing back through the rain-blurred windows of Heathrow at the massive 747 receding into the gray. Wasn't I just here?

The cab curves through the roundabouts and onto the freeway. Outside, giant fluffy white flakes of snow pour from the sky, transmuting instantly to water. I peel off my coat in the back, warm and nauseous from lack of sleep. I marvel at the weather. Living in SF, you don't really ever get to see it snow like this. I think of my brother and his family, digging out from the blizzard in Brooklyn. The cabbie mumbles into his phone. Underworld comes up on my phone, and it's perfect. 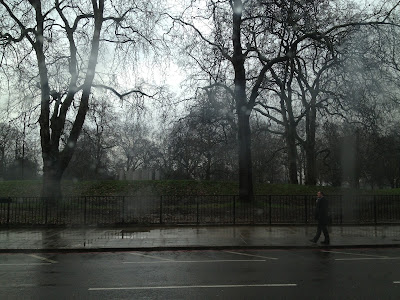 The cab drives away, leaving me on the grimy streets in front of one of the 3 Sony offices. I walk to the right. Wrong door.  Back down another block, dodging puddles and noticing these streets have nearly no curb cuts. I sign in, ride the lift up and walk into the conference room, meetings already underway.

I am trying hard to stay awake. Periods of clarity and lucidity weave into realizing I'm drifting off...I focus on the meeting. I get up and walk around. Stretch my legs, my hips. Pay attention. I drink water and take an ibuprofen to deflect an incoming headache. The hours from 3 pm to 5 pm seem to take an eternity. I keep thinking of bed.

Cheery conversation waiting for the lift. Meetings were successful. Everyone bundling up for the commute home. Scarves. Hats. Parkas. I zip up my improbably thin and small REI jacket, put in my earphones, and roll my bag outside.

It's 1 degree Celsius. The sun has set. I'm wrestling my bag through the London streets. Wardour. "Walk down Wardour to Saint-Germain". "I found you shopping in Europa on Wardour Street". The W emerges from the Asian neon neighborhood. It feels like I'm in Blade Runner.

Boots finally off. I feel deconstructed, as does my room. The bathroom sink is in the middle of it. The shower and toilet hide in mirrored closets. It's 19:00. Drinking water. Music is on. I stare at the computer, catching up.

I blink. I'm on the bed, computer in hand. I try to stay awake longer. Shortly after 8, I give up. I fumble with the light switches, watching the room flare from full-on to some lights to mood lighting, but never complete darkness. I slip on my mask and fall asleep in a futuristic dim purple glow.

I drift awake. Clock says 1:45. I drink water. Close my eyes. Focus on my breathing. Relax. My leg twitches.

It's 6:45. I sit up. Looks cold outside. I pull on a t-shirt and jeans. Call room service, which seems to arrive before I even put the phone down. Coffee. Omelet.

I sit at the table and listen to piano music, write this, and think of you.
at February 12, 2013 No comments: