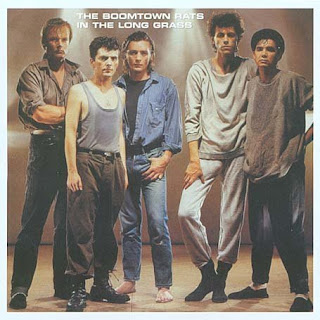 The initial impact of the idea matters most. Aim carefully. You only get one shot.
at July 31, 2009 2 comments:

Creativity and The Gear You Need

Gear. No matter what your work or hobbies are, there's probably gear that goes along with it. Good gear, bad gear, cheap gear, expensive gear, stuff in fashion, stuff out of fashion.

I spend time on sites like MatrixSynth and Vintage Synth Explorer, as well as more focused blogs like Chris Randall's Analog Industries and Stretta, reading about instruments and recording devices.

The merits of particular synthesizers and other music gear are regular topics of conversation. Like any community there are The Topics - the stuff that gets brought up over and over and never resolved, such as "digital versus analog", "plug-ins versus hardware", "what should I buy?" and "which piece of gear is better/best?"

The last topic in particular is one I find somewhat silly. In most cases, the differences between the gear being discussed aren't meaningful in any sense. If reasonable people (or even Internet forum readers) disagree, it cannot be clear-cut, can it?

Even if one could prove an identifiable difference, that's not the same as demonstrating that one particular approach/sound/item is "better" than the other for the purposes of doing something creative.

There are people who will say "oh, well, if you're doing house music, you have to have a 909", as a way of saying a certain piece of gear is standard, if not "required" for a given genre. I think using exactly the same gear that other people in your chosen genre is a good way to sound just like everybody else - and that's a bad thing!

For creative endeavors, my experience and belief is the outcome - the creative work - matters far more than what went into it. For modern recorded music, the end listener really has no idea what created what they're hearing - and most of them don't care what created it, either.

In the case of the "vocal chain" - the microphone, pre-amp, and other gear that gets the voice to the recording media - people will argue or discuss the gear to death. But few people acknowledge the importance of getting a good take from a good vocalist, on a good piece of music. The performer matters more than the gear, always.

In general, I think worrying about the "sound quality" of synths or other gear is a distraction or a way of avoiding deeper issues. Does the gear one uses really make that much of a difference, once it is in a mix, reproduced over varying playback systems?

Let's assume it does for a moment. Do you really want to be making music so dependent on one instrument or timbre? If you do, the choice is clear - you get a Moog or whatever exxxpen$ive gear you need and that's the end of it.

Is the problem with your music really that the "Moog Voyager sounds too clean, and you need a vintage MiniMoog" or that "your synth has DCOs and VCOs are better"? Or that you need a new $2,000 microphone preamp?

Or is the problem with your music about 6 inches in front of the mic or the synth?

I think people focus on gear discussions because it's much less scary than talking about the deficiencies of the most important gear in the chain - you.

It's easy to say "my music is bad because I don't have [insert expensive gear here]". In my case, I know I'm going to get more bang for the buck by improving me. Writing better music, performing it better, making the most of the gear I have.

Pick an instrument you already have and do something with it. Quit worrying about the sounds it doesn't make, the alleged deficiencies, or what it doesn't do. Use the sound it does make - and make something.

I think there's a dearth of writing and discussion about creativity out there - I'm contemplating a project (blog, book, or something) focusing on creativity, process, and outcome rather than gear.
at July 15, 2009 2 comments: