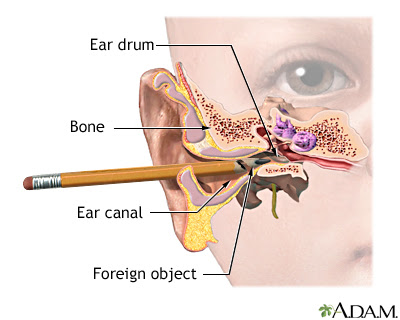 There are 2 things to note here:
1. This should not be surprising
2. Who cares?

This should not be surprising. The last 10 years have seen a dramatic rise in the usage of MP3, and I'm sure most of the people in the survey have spent more time listening to MP3s than anything else. The artifacts introduced by the compression are what music sounds like to them.

It's no different from audiophiles who go on and on about how vinyl "sounds better". Vinyl does not sound better. It sounds different. It is a terrible reproduction format, and requires very expensive gear to reproduce at quality (which makes it elitist and bad). Every time you play vinyl records, you degrade them a little, eventually destroying them. Vinyl records warp. They skip and pop. They have lots of surface noise and all kinds of phase problems in the high end. They can't handle much energy in low frequencies, especially when it's not dead center. I could go on.

Tape has problems. Mechanical reproduction (like phonographs) has problems, too. Every generation from the 20th century on has grown up with its own reproduction technology, and they all think their particular technology is the best sounding thing ever, and don't want to give it up for whatever the "crappy" (but actually better) new thing is.

Put another way, old people like black and white movies. Today's digerati fetishize low-resolution 8-bit graphics and the "chiptunes" of early video games. Instruments abandoned for their limitations and quirky sounds are embraced by later generations of musicians for precisely those reasons. People are still going on about how film looks better than video, regardless of resolution.

If most of what you've heard is "sizzly" MP3s, stuff that isn't a sizzly MP3 isn't going to sound right. And it's also worth noting that over the last decade, musicians have started mixing with MP3s in mind.

Who cares? Seriously. For the time being, the record business isn't going to stop releasing music on compact disc. In fact, they'll keep re-mastering the records you already own and selling them to you again (and depending on who you believe and what you listen to, those remasters are way better or way worse). Sales of "audiophile vinyl" are continuing to cook along.

Hell, the music business is still trying to launch higher-definition audio formats. It's too late - new physical formats are never going to go mass-market again. But the golden ears will always be able to spend more money and buy better sounding product (theoretically) to play on their expensive stereos.

So young people like music that literally sounds bad (by objective accuracy standards). I'm not sure how that's any different from young people liking music that sounds bad by subjective artistic or critical standards. Duke Ellington famously said "if it sounds good, it is good". (He didn't actually say that, but that's how it's misquoted). Anyhow, his point was "the only thing that matters is whether you like it". So if people like MP3s, great. They also like light beer, McDonalds, and reality television. I'm not going to hold it against them.

If you want an example of the cynicism and short-sightedness of the music business, look at how they have treated the (allegedly) inferior-sounding digital downloads. They charged the same price. For a low-quality digital file. With no artwork. With DRM.

A few years ago, people were happy to buy 128 kbps Windows Media Audio files for the same price as the full-blown CD. And the industry was happy to take their money. No discount for low sound quality. No free upgrades to higher quality. No premium for higher sound quality.

The industry could have said "yes, sound quality matters, so we're going to sell these low fidelity tracks at a discount, as a teaser or means of price discrimination. You can always buy better quality if you want." That didn't happen.

Instead, the biz sent a message: Sound quality doesn't matter. It's the same message they sent when they sold compact cassettes and 8-tracks. Only recently have they started to also say that it does matter, by offering various more expensive options. Can't have it both ways, guys.

Anyhow, eventually the digital music business will be delivering better-than-CD-quality files - 24-bit 96 kHz WAV files or the equivalent. At that point, we can go back to complaining that no good records have been made since [insert whenever you were a teenager] instead of just saying "kids don't appreciate good sound."
at March 15, 2009 3 comments: 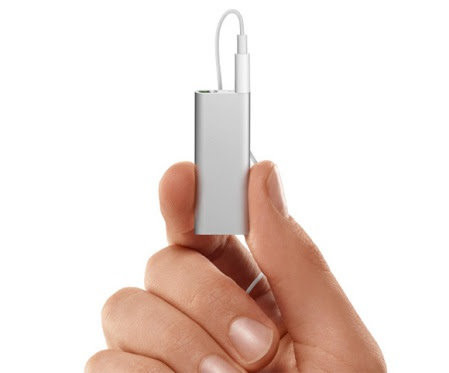 The new iPod Shuffle is an example of taking ideas too far. Driven by a desire to remove all controls (in particular, buttons) from their products and a business need to churn the product, Apple has produced a bad design that borders on the ridiculous.

There are a number of things wrong with the new Shuffle:

The previous iPod Shuffle (the ones with the clip and the buttons on the face) were as close to a perfect minimalist player as one could get. Nice weight. Integrated clip. Well-placed buttons. Small enough to be unobtrusive but large enough to not have to fumble with any of the switches. Look and feel keep it within the iPod family.

Some may take issue with the lack of a screen. I respond that it isn't necessary for the player's intended use case, price, capacity and overall design.

I'm also of the opinion that the original iPod Shuffle (the "stick of gum") was the best of the lot. Yes, it was larger than either of the tiny shuffles that followed. But it wins because it had the USB plug integrated into the body, so no cable was required. All you needed was the player itself.

The new Shuffles (and, unfortunately, the "clip" design) require not just a cable, but a whole custom dock. I believe this is also a commercial decision rather than a straight design or usability one. The size of both new Shuffles would enable a simple mini-USB jack. Apple would rather lock you into their world and platform and require you to carry more stuff around. More to lose, more to break.

Apple doesn't always get it right - the iPod generation with 4 buttons across the top is one example. They backed off of that pretty quickly. Same with the famous "cube" Mac. I suspect the same thing will happen with the new Shuffle. They'll come back to a design with buttons or at least one button or a touch screen or some new gimmick. Presumably You could shrink it down until it's not much bigger than a headphone jack. I just hope they don't build it right into the headphones.

In the meantime, I'm sticking with my Sansa Clip, which I think is even better than the previous iPod Shuffle. Except the Clip looks and feels like a cheap toy, whereas the Shuffle feels like a quality product. That's OK. I'm not looking at it - I'm listening to it. It works with Rhapsody and it sounds great.

Update (03/16/2009): It turns out that older inline iPod/iPhone headphone controls won't work with the new Shuffle. There may be DRM hardware involved as well.
at March 12, 2009 No comments:

One of the downsides to the RPM Challenge is the post-release letdown. In the days after RPM, I go from elation over completing it to thinking "I should start another album! I'll just keep doing this all year!" to "what am I going to do with myself?" to blackness.

Today I backed up a bunch of projects on my hard drive and went through the sketches and half-finished tracks for my various musical personas. I was surprised to find a few promising ideas and at least one very good track.

I finished up a new Captain Kirk track today - a simple little bass étude. I hope you like it.

I'm hosting it and some of my other pieces at AloneTone, which is an absolutely phenomenal site.
at March 07, 2009 No comments: