When I was a teenager and trying to learn about Japan, other cultures, and different ways of thinking, I read a Zen parable referred to as "The monk and the strawberry".

In this parable, a monk is out walking when he encounters a hungry tiger. As he backs away from the tiger, he finds he is now on a cliff outcropping with nowhere to go. As the tiger approaches, he stumbles over the edge, grabbing a vine. Hanging from the vine, he notices two mice, one black and one white, nibbling at the vine. Contemplating his fate -- tiger or vine -- he sees a single strawberry growing nearby. The monk plucks the strawberry. The story concludes "how sweet it tasted!"

At the time, I thought it was absurdist.

Today it is raining in Tokyo.

Most people will tell you this is a story about "enjoying the moment", or how one can find beauty even in the most dire circumstances. 20 years ago, I would have said "yes, clearly, that is what the story is about."

I spent the day in meetings, with colleagues old and new, catching up, working on plans, celebrating, griping. The things one does in business meetings.

Interspersed were visits to a conference room reserved as a workspace for my group. But I was the only one there, and in the hot, electrical office air, I gazed at the plastic chairs, cables, whiteboards and marveled in a jet-lag trance at the blankness and emptiness of it all, as my fingers clicked away on my laptop. 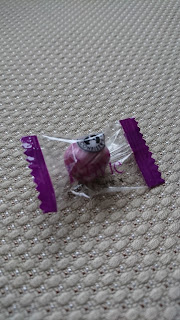 Last night, returning to the hotel after a delicious ramen dinner, our female cabdriver concluded transit by handing each of us a small berry-shaped candy as she thanked us for riding with her. A perfectly kawaii detail.

As I pocketed the candy and entered the hotel, I thought of the parable again.

A wise Zen writer argues the parable is about the opposite of what you think. It is, rather than being a celebration of "pleasure in the moment", a cautionary tale. "The moment's pleasure certainly dooms the monk through distraction. What an idiot [the monk is]." Life is danger and suffering, and forgetting that for a few moments of bliss is not a good or enlightened thing to do.

I think of the news. Whether at the public or personal scales, tragedy abounds. The world burns, and the air is choked with its ashes. And if it is not our homes burning, the smoke from others' gives us migraines. Death takes shots at the people we know. It misses some, grazes others, and takes the rest down.

I consider the conversation I had with a colleague over lunch, about how their attitudes about what "success" at their job meant had been changing. I indicated that mine had, too. As we talked, I wondered if I was just getting very good at justifying my own actions, or if I was actually learning something.

The rain pours down in Shinagawa. I step carefully across the wet gray stones of the plaza, trying not to slip.

Perhaps great ambition is a luxury afforded to those without fear, or those without knowledge of what they have to lose. Or those who think their actions will matter, in the grand scheme of things. Because they haven't yet met the tiger, or aren't yet hanging from the vine.

The fortune pinned to my board at work reads "Just to be alive is a grand thing."

I rub the sore spot on my face. Probably just a stone in my salivary gland. Getting older, I see the value of the things I have and the things I have lost. Everything about our lives is so fragile, so temporary. So imperfect. So perfect.

Tokyo is beautiful in the rain, and unseasonably cold.

In my jacket pocket, the berry candy rolls around in its plastic wrapper, uneaten.
at October 19, 2017 No comments: 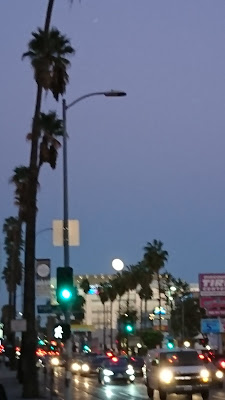