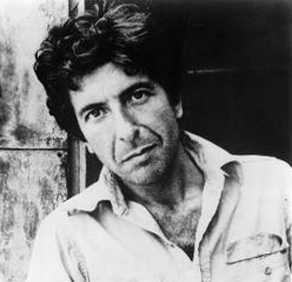 Leonard Cohen has died at the age of 82.

Mr. Cohen was the real deal. A brilliant songwriter who fused simple, memorable, hymn-like melodies to lyrics filled with poetic imagery and a wry and dark sense of humor welded to an inescapable sadness.

You are probably familiar with at least some of his work, including:

Those are the "big hits" from the early days, covered and performed by many an artist, though often missing the subtleties of his wit and delivery. This early work was on a personal scale, and captured something essential about relationships and life.

I loved you in the morning, our kisses deep and warm
Your hair upon the pillow like a sleepy golden storm
Yes, many loved before us, I know that we are not new
In city and in forest, they smiled like me and you
But now it's come to distances and both of us must try
Your eyes are soft with sorrow
Hey, that's no way to say goodbye


Like David Bowie, Prince, and Tomita (who have all died this year as well), Cohen was a massive influence on me, and remains a favorite. In my opinion, he was a far greater talent than Bob Dylan (to whom he was compared).

Cohen's public persona wasn't flashy. It was serious, mature, understated. More Frank Sinatra than Elvis Presley. He wasn't "showy", he didn't play to the cheap seats. He got up there and did his thing, and didn't need to spit fire or blood or smash guitars to make you feel something.

One of the first pieces of music I ever heard was his song "Suzanne", done by both Judy Collins (on her 1966 "In My Life" album) and Neil Diamond (on his 1971 "Stones" album), and both of which my father owned and played. I am also pretty sure my Dad played this on guitar and sang it to me.

I rediscovered Cohen in the late 80s as I filled in my musical education at college, his world-weariness and bleak wit a perfect fit for my sophomoric depression.

Originally a kind of folk-rocker, it was around this time Cohen experienced a kind of renaissance among the post-punks, and was covered on several different tribute albums in the late 80s/early 90s.

By then, Cohen had also traded in his acoustic guitar for (deliberately) semi-cheesy synths and drum machines. He was even dating Rebecca DeMornay, who produced his album "The Future".

I studied him more intensely in the 90s as I was learning to write songs, marveling at how he could make something so beautiful out of such simple pieces, and how deeply shaded and well-constructed his lyrics were.

His backing tracks seemed both deliberately minimal, something of a joke, and kind of sleazy, but arguably even better-suited for conveying his lyrics, both conveying the ridiculousness of the 80s machine and presciently anticipating our impending technological future.

By now Cohen was also old enough and experienced enough to be not just cool, but beyond cool. He posed on the cover of "I'm Your Man" with a half-eaten banana in his hand, looking like he just stepped out of a French New Wave film. Why a banana? Andy Warhol. Phallic joke. Maybe he was hungry. Who knows. But he pulled it off, and it was amazing.

Great songs from this era are numerous:
"I'm Your Man"
"Everybody Knows"
"The Future"

Cohen still wrote about personal stakes and relationships, but his work from this time began to get more political and focused on the world at large:


"I'm Your Man" is a great example of how he can inflect his lyrics just slightly and keep things a little off-kilter, hilarious, and sad. It's romantic and creepy and depressing:

If you want a lover
I'll do anything you ask me to
And if you want another kind of love
I'll wear a mask for you
If you want a partner, take my hand, or
If you want to strike me down in anger
Here I stand
I'm your man

Ah, the moon's too bright
The chain's too tight
The beast won't go to sleep
I've been running through these promises to you
That I made and I could not keep
But a man never got a woman back
Not by begging on his knees
Or I'd crawl to you baby and I'd fall at your feet
And I'd howl at your beauty like a dog in heat
And I'd claw at your heart, and I'd tear at your sheet
I'd say please

...and if all of that weren't clever enough, as the song fades out, Cohen starts the lyrics over again from the top, suggesting that the narrator is making this pitch to a different woman passing by, having been rejected or ignored by the first. Brilliant. Perfect. Subtle. Cool.

Some of my best songs from this period were attempts to emulate his literate writing style.

In 2001 Cohen started a late period to his career, blending his previous ideas and achieving a kind of distilled version of himself. Every record had great, timely songs, such as "My Secret Life":


...I smile when I'm angry
I cheat and I lie
I do what I have to do
To get by
But I know what is wrong
And I know what is right
And I'd die for the truth
In my secret life
...
Looked through the paper
Makes you wanna cry
Nobody cares if the people
Live or die
And the dealer wants you thinking
That it's either black or white
Thank God it's not that simple
In my secret life


As perfect as those lyrics are, they're even better when Cohen sings (or perhaps, more accurately "sighs") them to his perfect little melody and groove:


Cohen's final record was just released. "You Want It Darker" is a fitting send-off. Cohen himself had said he was ready to go and on the title track, he sings "Hineni, Hineni, I'm ready, my lord". At 82, it's hard to say "too soon", but I miss him already.

It is difficult to imagine any modern pop singer demonstrating this level of artistry. They just don't make them like this anymore.

I like a lot of music most other people don't, but almost everyone can appreciate Leonard Cohen. If you've never heard him before, great starting points are his early collection "The Best of Leonard Cohen". For later stuff, his 2014 "Popular Problems" is just about perfect.

Thank you for the music, Leonard, and thank you for all you taught me. I am in your debt. 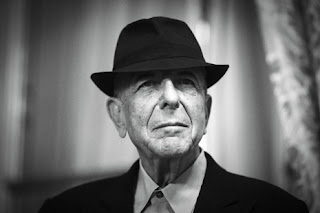