Harold Budd has died. He was 84 years old.

Mr. Budd was my favorite composer and musician, and made my favorite record. Since discovering his music, I have listened to his work more than any other musician, hearing something by him almost every day.

His music is beautiful and peaceful. It can appear more simple than it actually is, however. Budd was a serious composer, and many of his pieces use compositional techniques not often seen in modern "ambient" music, like mirror canons.

Budd's work is also distinguished by its carefully calibrated emotional sensibility. It isn't cloying or saccharine, the way much new age or ambient can be. Nor does it induce a sense of impending doom or pure minor-key sadness the way "dark ambient" attempts. For me, his work always had the right balance of tranquility and focus, of melancholy and remembrance.

I have written about his music before, and nearly every album he released ended up in my top picks for that year. While he is somewhat unknown outside of ambient or other specific music circles, you may have heard his music in the recent HBO mini-series I Know This Much Is True, or in movies including "Mysterious Skin" and "White Bird In A Blizzard", collaborating with Robin Guthrie, with whom he had just released a new album last week, on December 4, 2020: Another Flower.

If you have not heard his work, fire up your music subscription service of choice and check out "The Pearl" or "Jane 12-21".

Budd worked with a number of great musicians including Andy Partridge of XTC, John Foxx of Ultravox, the aforementioned Robin Guthrie (and Cocteau Twins, on "The Moon and The Melodies"), and famously, Brian Eno.

I was fortunate enough to catch Harold Budd in a wonderful live performance in 2018. The concert was magical, dreamlike, and perfect. It was a special moment in an otherwise terrifying and trying year. In a beautiful auditorium inside the Toledo Museum of Art, I and a few dozen (at most!) other fans heard one of his earliest pieces and some of his most recent. At that moment, I felt I could die a happy man.

Nobody lives forever, and at 84, Harold Budd had a long life and a productive career. Still, I mourn his loss. He was continuing to work and compose his memorable and unique music, and there was every indication he would keep going. He was a guide for how to age gracefully while continuing to compose and work. 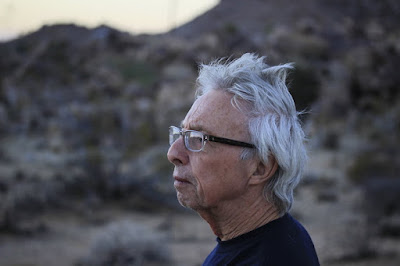 I enjoyed his music. really, really liked his collaborations with Eno. I used to listen to these a lot when I was a young attorney slaving away in my office. this sort of music was one of my healthier forms of stress management. //tony

I am really sad to hear that Harold Budd passed away. He was a great composer and musician! One of my favorite albums is The Moon and the Melodies, a collaboration he did with the Cocteau Twins.

This news reminded me a very special performance I got to see recently back in 2018-2019. I was able to score tickets to see La Monte Young perform live at their very small "Dream House" studio and performance space in Manhattan. I have 2 adult daughters who live in New York City now. I go to visit them occasionally, and The Dream House is a regular pilgrimage for me. I try to go to whenever I visit. I just sit there for a an hour or two and soak in the drones and light-art experience.

Anyway, this rare performance popped up right around the same time I was visiting. La Monte is in his upper 80's now and rarely appears in public due to his health. But he sure belted out his amazing singing for 90 minutes or so. He was accompanied by his main apprentice on vocals, a fretless bass player, fretless 12-string guitar player and talking drums (tabula?) player. They performed the whole microtonal/drone composition live with just minimal amplification. It was magical! They were recording the show I was at on video and audio. I am hoping it will eventually be released for sale, but La Monte is notoriously tight about releasing anything at all.