Music today sucks; or "Daydream Nation" is the root of all indie rock evol 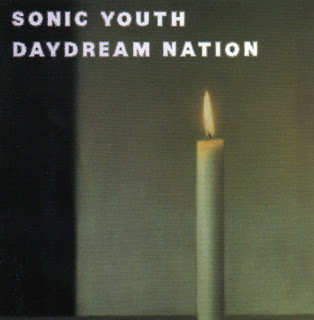 What I mean by that is we're halfway into 2007 and I've heard very little this year that's made me excited.

In general, my enthusiasm for "albums" is waning - most new records feel like they were made to be shuffled or dumped in with a bunch of other music on a hard drive, rather than enjoyed like a 5-course meal.

I have also come to realize that it's all Sonic Youth's fault. Thanks to "Daydream Nation". This album was recently reissued and Pitchfork Media gave it a perfect score. Of course they did, it epitomizes everything they think is cool.

There's just one problem. It's not a very good record. It commits what I consider to be the musical cardinal sin: It's boring.

Yeah, it's got "Teenage Riot". Great song. "Silver Rocket" is good. They're the first two tracks. But the rest of it? Eh. It quickly degenerates into a soggy, indistinguishable blob of chiming guitar strumming (is that a Roland Jazz Chorus amp?) and Thurston doing his sprechstimme even more tunelessly than normal.

I defy you to listen to it all the way through and not reach for the skip button. "Kissability" is one of the weakest tracks Kim Gordon's ever done - formulaic in composition and "message". "Providence" is the sort of art experiment you'd expect college students to put on their debut ("ooh, let's make a fake phone message about a stoned guy and put it on top of our amps humming!"). Tracks like "The Sprawl" and "Eric's Trip" just seem to go on and on and on...Many of the songs are 7 minutes long or longer and you will feel every second of it.

And there's a "Trilogy". I'm assuming it's an "ironic" Trilogy, but why can't they do it in 3 minutes? Brevity is the soul of wit, kids.

I loved "Evol" and "Sister". I thought they were both better-sounding records and had more interesting songs. I have liked much of Sonic Youth's numerous other albums. But "Daydream Nation" broke my heart. I listened to it over and over, trying to understand why everyone was going so crazy for it. I still don't "get it".

And yet this is what much of modern indie rock music chooses as its template. Maybe I'm just getting old.