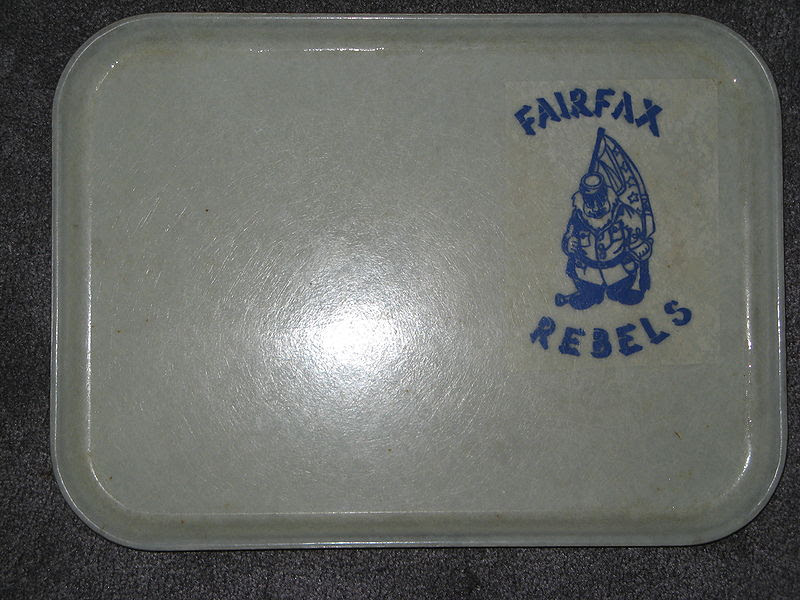 I’m there at 8. I drop off some of my CDs at the sign-in table, affix the printer label with my name I’m handed to my lapel, and walk in to the ballroom.

The next few hours are a blur – a couple of bourbons, 6 glasses of water, a few bites of some extremely dry turkey.

It seems like every woman I know has gone into education – two are special education teachers. Many are working in the school system.

Most of the guys are married with 2-5 kids. They all look the same, instantly recognizable. One guy is a federal agent. A lawyer. A consultant. Everyone seems happy.

I talk to everyone I recognize and remember. It’s really nice to see some of these people. I wish I had more time to spend with them in a less-crowded environment. It’s a lot to take in all at once.

I pass out some business cards and a few “try Rhapsody free” cards I have leftover from my last business trip. I hope it’s not too miserable an experience for those who do try it.

I watch one fellow stagger drunkenly around before finally slumping outside in a chair with his beer. People are smoking, eyes avoiding each other.

It’s late now, and the volume drops a bit. The DJ has gone home. Something changes and the secrets come bubbling up. The nostalgia gives way to a bit of regret in people’s eyes as they look around and wonder how it all ended up like this. If this is it.

“Jack and Diane” plays in the background, and John Cougar sings “life goes on long after the thrill of living is gone”.

I’m done. I walk out into the humid night, pausing briefly to admire a vanity license plate in the parking lot.

I get in my rental car and instead of reversing directions and heading straight back to DC, I take Route 50 back into .

Things have changed so much – the streets are all incredibly wide and look like they were paved yesterday. Intersections have become convoluted and multi-arrowed signs proliferate like trees, sprouting the nine-armed symbol of chaos.

There are far fewer actual trees, but the ones that remain are huge and ripe, filtering the streetlamps through the evening haze into tall, spiky towers of light.

I marvel at the number of giant new office buildings, plunked down on sites that were once arcades, tiny shopping centers, or nothing.

I pass the old library, still surrounded by trees – looks like it’s being renovated. hasn’t changed, including its horrible signs. I glide through the enormous parking lot looking at the stores.

I float silently down the road, passing an old elementary school, long since converted to a police station. Another elementary school has been re-branded and remodeled. I’ve been down this road dozens of times in my youth and probably as many in my dreams.

It feels like I’m dreaming now as I roll through flashing yellow stoplights, alone.

fades into view on my left. It looks like they’re adding a second story, as pyramids of glass appear to be bursting through its top. The back entrance is taped off and locked, but the main parking lot is open. I attract the attention of a security guard car briefly as I loop through the parking lot.

Great Oaks is still there. The sign is the same. The houses look the same. Fancier cars in the neighborhood. I’m sure these are very expensive places now. The wood retaining walls have all been rebuilt and the trees are enormous. My old house looks no different from the others. I’m back on the main street.

The bowling alley is still a bowling alley. The woods behind it are now McMansions. The 7-11 is still there. I turn right and head up the hill. Former stands of trees are now partitions between giant subdivisions with names like “Pickett’s Rest” and “Woodhaven”.

The Fairfax Ice Arena is still there, and still proudly open year-round. It’s now surrounded by brick industrial buildings – the kind that house gyms, offices, and other mysterious firms behind rolling metal doors.

Fair City Mall remains as odd as ever – an enormous gym occupying what looks to be a whole wing. The other mall in front of it looks about the same, too – the stores change, but not much. The sprawling intersection is being resurfaced. I still can’t believe 3 giant shopping areas can continue to survive in the same place.

I sigh. It’s getting late and this trip down is bringing me down. I'm tired, so tired it all seems a bit unreal. Am I dreaming all of this right now? Even now, as I write this, it's so hard to keep straight. I've been back here before in my dreams. Were things this different already?

I head back to Route 50, weaving through the sort of road that used to be everywhere here – hard to find, curvy. Dense with trees, houses all but hidden from the road. Half of the homes are now massive re-builds.

The intersection of 50 and 495 is enormous and sprawling, dropping down 20 feet below street level before a glorious, graceful orbital curve throwing me back north into the night.

All the exits on 495 have been renumbered, but I can still practically drive this by feel. I count the giant office towers as I head for the .

I suppose I shouldn’t be surprised – if people can age and change, make foolish decisions and have great success, why can’t places?

I whirr through the woods on the parkway. My headlights catch a fox in the median. He watches me drive by and scampers off into the woods. 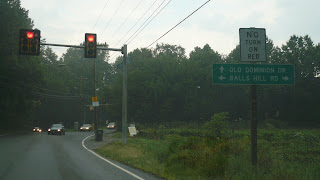