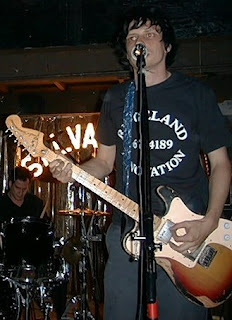 Gary was best-known as the singer for the Ex-Idols, a notorious Los Angeles/Orange County punk band active in the early 1990s.

I knew him as the leader of Tuscaurora, a loud-as-hell rock band in the late 90s. Gary wrote terrific, creative songs, sang with a unique voice, and played left-handed guitar. As musicians go, Gary was the real deal.

Gary was a charismatic, talented, and troubled person. He had an infectious smile and true punk's sense of fun, adventure, and a lust for chaos. Whenever I think of him, I think of him smiling or laughing.

I didn't know him well, but well enough. Well enough to know how much he loved and idolized Kurt Cobain. How passionate he was about music. And drinking.

I spent time with his kids. I saw his bands play. I saw Gary set fire to a stage. My then-girlfriend Anne was the bass player for Tuscaurora and the keyboard player for the M-80s, an 80s cover band who were one of the inspirations for Sid Luscious and The Pants.

I reconnected with Gary briefly a few years ago. At that time, Gary was taking composition classes, "learning to write real music", he said. It sounded like he had moved beyond his self-destructive tendencies and achieved a new kind of happiness and stability in his life.

I am sure Gary's better friends are feeling the same way I am about him these days: Surprised. Not surprised. Disappointed. Angry. Sad. Mystified. Grateful that we had him as long as we did.

In addition to his music and devastated friends, he leaves behind 3 children.

The world is the poorer for his decision to quit its stage.


"He took it all too far, but boy could he play guitar"
- David Bowie, Ziggy Stardust 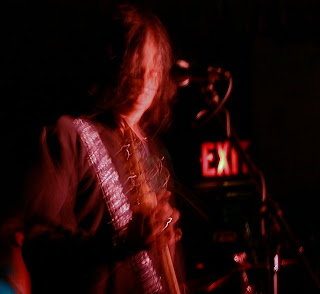 Thank you so much for these kind words. He is greatly is greatly missed...

I met Gary 1 day after he moved to Cali, with his woman and new baby @ 18 (he was) my life changed that day, people need to go out and listen to his music. I can't put into words what Gary was and always be. Thank you for writing these kind words. As one of his good close friends, from the bottom of my heart, thank you.

He was kind and generous always helping and taking care of everyone. He gave his life to his boys. He was.an insiration to anyone he met. Rest in peace man you were loved.flipside and Troy

hello my name is Paul. I'm from Argentina and not like getting Tuscaurora songs. you could somehow get them ?. I miss gary fan and here in my country have no possibility of getting your music. if you can give these songs would be very happy !! Thank you!!

I use to live near Gary in Hollywood. He would stop by and chill a little, he was always kind and very cool with me and my friends. I remember seeing him perform at the Dragonfly club a few times. He was the real deal. That album Social Kill is a classic, I always thought that album would go huge and that the EX-Idols should have gotten much more credit for their music. Much love to GARY AND HIS KIDS AND FAMILY.. HE WAS THE MAN!