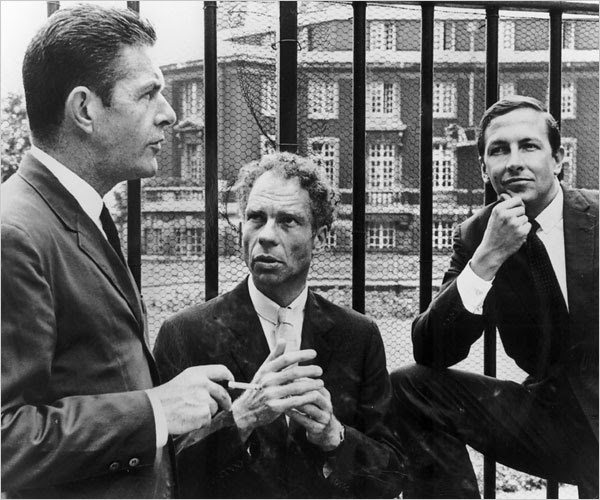 I believe the answer lies in cultural differences between the worlds of art and music, and in how popular (i.e. non-university/ivory tower) culture interfaces with and accepts visual art and music.

The primary problem is music fans are like Grampa Simpson - "I don't like change!". The audience for "serious" music has never really moved beyond the 19th century (and that's being charitable!). Classical concert-goers still worship the ancient ones - Bach, Mozart, Beethoven, Wagner, Brahms. Maybe you can get some classical fans to listen to Debussy - but only the "nice" stuff.

All the interesting music akin to the exciting 20th century art movements (expressionism, futurism, collage, dada, abstract expressionism) is "hard to listen to", and it's difficult to convince symphonies, with their high overheads and dwindling audiences, to take a chance...even on something as relatively mild as Stravinsky's Rite of Spring. As a result, people don't get to experience much of Cage's works, and inevitably what gets played by symphonies is what is reinforced as "the best".

Meanwhile nearly everybody else is listening to pop music (and I include here any flavor of electro, house, metal, country, hip-hop, etc.) and few of those listeners are interested in, understand, or appreciate John Cage's innovations. A quick glance at the comments on the Synthtopia article unfortunately confirms this - some the normally well-considered, open-minded folks revert to the stock comments about Cage - "he's a charlatan/my kid could do that", "his ideas are more important than his art", and of course, "it's not real music". Cage would have whole-heartedly supported and endorsed all of the previous statements, by the way. 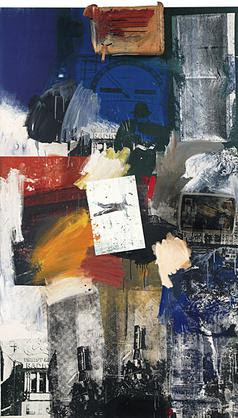 But these are exactly the same comments leveled at Rauschenberg, Pollock, and other visual artists of the 20th century. Presumably these statements are made by people who think Caspar David Friedrich or Leonardo Da Vinci or whoever painted the crying clown with the flower are the only "real artists".

Art changes as culture changes, because art reflects and is culture. When we shut art down, we're shutting down cultural change, literally living in the past, off of old, received ideas. People hated Beethoven and Wagner at first, too.

Cage's body of work is as diverse and thought-provoking as those of his good friend Marcel Duchamp - and they are the most important artists of the last 100 years (or more).

However, finding good recordings of said Cage works is challenging, because what gets recorded is what will get bought, and people don't like Cage's music. So there's a vicious cycle.

Plus some of Cage's works don't translate well to the recorded environment, either because they're "conceptual" or because they rely on improvisation or chance, meaning that a particular recording of them is completely beside the point.

Finally, visual art has a certain immediacy - you look at something, you get it. And if you don't, you can look away and come back to it later. People's hyperbole to the contrary, it's hard for something you look at but don't like to "hurt your eyes" (bright, flashing lights aside). Music is inherently temporal - you have to sit through it, and in some cases, actually pay attention. That's hard for a lot of people. And in some cases, the sounds are jarring, loud, and inescapable.

We don't have to like every piece of art we experience, but we should at least try to appreciate it and understand why it's important or interesting before we go back to listening to our old favorites. This requires effort on our part. We have to change our culture, our education, and our mindsets and not fear or shirk that effort.

It's a challenge. When I observe the world these days, I see a retreat from empathy, from understanding, and from the effort required to look beyond easy, shallow surfaces. Cage believed music was all around us, everywhere. We just had to go to the trouble to listen to it. How can anyone not appreciate that?
at November 16, 2009

I have willingly gone to RR retrospectives and enjoyed them, yet he does not compare in history to John Cage whose composition and performances were a sea change...

RR's place is equal to that of Merce Cunningham, which is to say it enhanced the multimedia aspect of the trio of friends. Mr.Cage's music asked questions still being answered (his study with, his art extends even to watercolors, and certainly had more impact on music then RR had on painting...his assembleges were just Duchampian readymades mounted on wall, while his dot/pop phase was original it helped pave the way for cynical post modern theorists that all has been done- a lie. This is a result of his using cartoons/ Bendix dots both mass reproduced medium/techniques.

The general direction of Cage was digging deep into imagination to do something entirely new, which apparently blew as many minds now as then, and just like the ignorant comment that a monkey can type James Joyce Finnegans Wake, or a toddler can paint Pollock, the very shock of the new which he intended to generate thought goes right past his critics awareness and they miss out on the humor and clarity of what in fact is not randomness at all, just his take on modern life.

It is said he enjoyed leaving his windows open in his Manhattan loft to purposefully listen to the traffic everyone else was dreading as noise. Far from his ignorant naysayer's accusation of "a rhythm-less mass of sounds", his breakthrough was a metal percussion concert at MOMA which would in fact be hip by todays 21st century standards.
RR was a one trick pony- Cage was the muse of sonic avant garde. His study with Daistez Suzuki can not be underestimated, and presaged the 50s/60s underground interest in eastern philosophy.