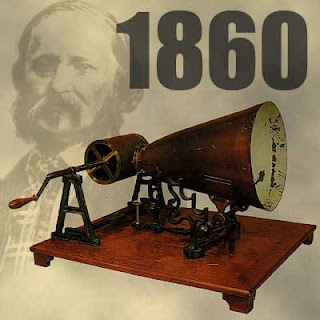 This is a little old but worth posting.

In a bit of 20th Century music news, FirstSounds.org has figured out a way to play back some of the world's earliest sound recordings. The folks over at Tonehammer, a purveyor of fine samples, made free reproductions available:


They were made by projecting sound into a cylindrical horn attached to a stylus, which in transferred the vibration into lines over the surface of soot-blackened rolls of paper. These captures were purely optical.

No device existed which could translate the recorded acoustic information back into sound, until the First Sounds organization acquired the artifacts, with the help of the French Academy of Sciences. They worked with scientists at Lawrence Berkeley National Laboratory and other experts to devise a method of scanning and deciphering the images.

I used some Tonehammer products on my soon-to-be-released "Reflection" album. Good stuff!
at July 26, 2010