The Shape of The Universe, 15 years ago 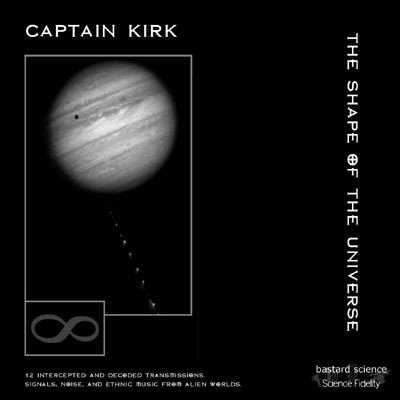 About 15 years ago I released an ambient/electronic album called "The Shape of The Universe". Despite being both all instrumental and using some electro-acoustic compositional techniques, this album is one of the more popular things I've done.

It spent nearly 6 months on top of the MP3.com experimental charts and sold enough to convince me there was a future for independent musicians willing to work hard.

I created this record during a one-month stint while I was unemployed. My "job" was working at my rehearsal studio in L.A.

Having broken up my band after several years of trying to write "hits", playing guitar, singing, and trying to please other people, I decided to make some music just for me, without regard for what others might think.

I can still remember working on this project and playing some rough mixes for my musician friends. I was surprised at how well-received it was, and that early feedback from people like Justina Klimkevich, John Kaizen, and my brother convinced me to finish.


You can download the whole thing, or just listen here:


The equipment I had at the time was laughably small and limited compared to what I enjoy today. The entire gear list for this recording project is as follows:
...and that's it. Well, I played a china cymbal on one track. And recorded the clothes dryer.

This album was released on cassette. My brother designed an intriguing cover. And we decided to include a random selection of 3 of 24 "trading cards" as well. This was the beginning of my interest in alternative packaging for music.

After all this time, I'm thinking that I should probably do another Captain Kirk album. I'm also contemplating a book that will reproduce the trading cards.
at December 21, 2010

I realize this is a 4 year old post, but: Thank you for sharing your insights on the album! I found the track 'Pulsar' on Napster while randomly searching for space-themed music (I was like 15, sorry!) and I've listened to it and a few other tracks many times over the years. Happily, tonight, I found the full album on Google Play, which I've now purchased. :) I'm further glad to see you're still around doing stuff!

Thank you for many years of aural enjoyment.

Thank you so much for listening!