Who Uses Your Tools? 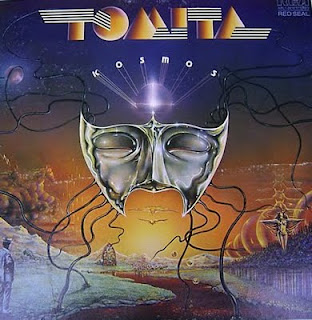 Two of the most important records in my life I heard when I was very young. Tomita's "Kosmos" and Jean-Michel Jarre's "Oxygene". They both had extensive lists of the gear used to make the album, which to a young man, seemed mysterious and futuristic.

Tomita's list was huge, and featured things like:
Jarre's included:
At the time, these might as well have been spaceship components (hell, Tomita had an actual phaser!) -  incomprehensible and beyond expensive. Over 30 years later, I am familiar enough with gear to know what nearly every single one of the devices on both lists did and sounded like. If I wasn't, the Internet provides endless photos, samples, and emulations.

More importantly, even if I didn't know what exact gear was used, I can now listen to those old records and know how to make those sounds using other gear.

I enjoy learning about the creative process other people use. Studying how others work inspires me to try new methods. I read a lot of blogs and books about how painters paint, musicians write and record, and writers write. I also read a lot about tools.

One of the more commonly-asked questions on these blogs are things like:
"What synths did [artist name] use?"
"Which famous artists used [instrument]?"

People ask these questions to help determine what gear to buy, or if the gear they have is any good.

I think using the exact same tools to make the exact same kind of work is a recipe for uninteresting art - you'll inevitably make bad copies of the things you love.

A better approach is to try to emulate feel, vibe, or style with radically different gear. Or if you love the gear, use it to make very different music. The differences are what make it interesting.

There's nothing wrong with copying as a form of study - Arshile Gorky famously copied paintings by his colleagues as part of his art self-education. But when you're ready to express yourself, pay less attention to who else uses your tools and more attention to how you're using your tools!
at August 20, 2011