Waits and Coldplay vs. Music Services 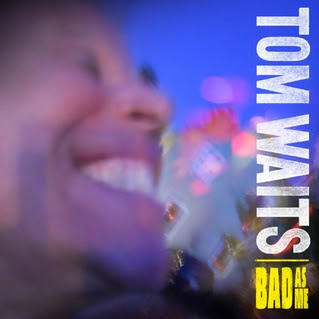 Tom Waits' "Bad As Me" is basically more of what you buy Tom Waits for. It's a great record if you like what he does. It's been getting stellar reviews.

Coldplay's "Mylo Xyloto" is also basically more of what you buy Coldplay for. It's a great record if you like what they do. Arguably, it's been getting stellar reviews as well.

Neither album was made available on the major streaming services (MOG, Rhapsody, RDIO, Spotify) in the United States.

Both albums sold very well in their first week.

Coldplay, of course, cleaned up. Their album "Mylo Xyloto" debuted at #1, with sales of 447,000. Coldplay is one of the most popular rock bands in the world. It's not surprising they debut at #1. What's surprising is how small the sales figures are, for what is one of the world's biggest bands, releasing a new album with a big promo push.

Waits sold 63,000 copies and his album landed at #6. Yeah, it's only 1/7th of Coldplay's numbers. But look: Tom Waits, Top 10 artist. Something that would have been unthinkable back in the 20th century. "Bone Machine" (my favorite Waits record) was released in 1992 and peaked at 176 on the charts, and it even had a "single" with a great video.

Make no mistake - Tom Waits hasn't gotten more commercial or watered down his sound, although "Bad As Me" is a more conventional record than some of his other work. His record is great. It's also not substantially better or worse than the last 5 he's released. I don't mean to diminish the genuine talent or artistry of Mr. Waits. I believe he's the real deal. He writes beautiful, perfect songs. I hear him coughing all night long, 100 floors above me in the tower of song. 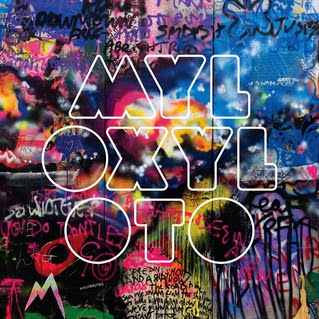 So why did he crack the top 10 this time, and not with "Bone Machine"?

To paraphrase Norma Desmond, Waits didn't get big, the charts got small. It only takes 63,000 albums to debut at #6 now.

A movie that only sold 63,000 tickets on opening weekend is considered a dismal failure, and at this point, that movie theater ticket costs more and provides less entertainment. Let's not even talk about what 63,000 viewers gets you on TV. 63,000 puts you in the realm of books.

Some industry pundits are pointing to the Tom Waits and Coldplay sales numbers and are trying (incorrectly) to correlate those “strong” sales to Waits and Coldplay choosing not to make their new albums available on streaming services.

This is not clear thinking. Both of these records were going to log strong sales no matter what.

In Waits’ case, he’s got a very loyal group of fans and this is his first album of “new” music since 2004  (2006 if you count the b-ssortment "Orphans"). It got excellent advance reviews, not that it matters, since Waits' albums are more or less predictable, consistent, and critic-proof for his fans now.

That said, Tom Waits has been hitting his audience-appropriate promo circuit hard. I heard him with Terry Gross on Fresh Air. I read an article about him in the New Yorker. I'm sure he'll turn up in a few other places, despite being somewhat reclusive by nature.

As for Coldplay, they’re one of the most popular rock bands in the world. Of course their new album is going to sell well. It has been accompanied by the promo equivalent of a full-court press as well, including what is becoming the de rigeur appearance on the Colbert Report.

Streaming, or lack thereof, had nothing to do with it. If "lack of streaming" played a part, it was only in the blogosphere lift that comes from people like me burning additional electrons on covering that part of the story.

Put another way, there are 8 other albums in the top 10, all of which are available in streaming services and doing just fine.

One could argue the story should be "Waits and Coldplay sell well despite absence from streaming services", but again, the same logic would apply.

One wonders what kinds of sales these artists would have generated if they had made their music available on streaming services. Personally, I'm not buying either album until I've heard it first!
at November 07, 2011