Album of the Year (tie) 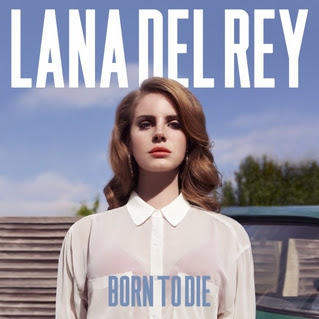 This record surprised me.

I try to listen to all of the "noteworthy" new albums that come out each year. I read several music blogs daily, and search all the different music services to hear what people are writing about. Most of them I don't much care for.

I expected to not like this album at all. Instead, I heard something fresh, catchy, and perhaps most importantly, different.

The album features lush strings, muted beats with a vague hip-pop flavor (courtesy of a big hip-pop producer), and Del Rey's voice. It's as carefully artificial as a Douglas Sirk movie, but that doesn't mean it isn't effective.

Nothing else sounds like this, and at the same time, I can hear why this album came out this year, and expect other records to cop several of its tricks in the coming years.

The controversy around Lana Del Rey is silly enough that I wonder if the whole thing wasn't part of a carefully orchestrated press plan. She made up her name. She's not "authentic". She had some bad live shows. Well, the same is true of nearly every artist and act on everybody else's list.

What matters to me is the record made me feel something every time I heard it, and I enjoyed listening to nearly every track on it. Not every song works for me, but the ones that do remind me of growing up in the Washington suburbs in the 80s, Bret Easton Ellis novels, and other teenage melodrama. And that's a good thing.

She released a follow-up EP towards the end of the year that moved away from the pop and hip-hop elements. I think this was a mistake, as that friction and mix was part of what made her so engaging. It's too early to tell whether Lana Del Rey is a serious artist or not, but "Born To Die" is a great pop record. 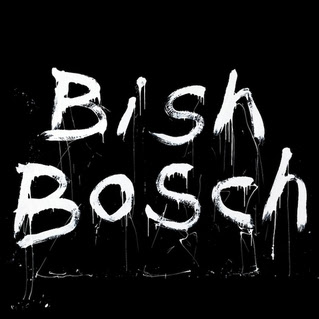 How can I have listened to a record so little and still like it so much?

Simple. It's one of the most exciting and extreme things I've heard not just this year, but any year.

I'm an admirer of Scott Walker. His last new album "The Drift", was my top album of 2006. The new album is simultaneously more accessible and more extreme.

It's not an album of hook-filled pop songs, though there are elements that, like it or not, are repeated enough to stick in your brain. Earworms, in the creepiest and most disturbing sense.

There's one piece 20 minutes long, filled with silence and insults. Another piece uses fart noises. The CD packaging is beautiful. The lyrics and music have the same depth (and pretension, I suppose) as "The Waste Land" by T.S. Eliot.

This is a work of Art. Unlike a lot of albums described with adjectives like "noisy" or "experimental", Walker is not just messing around in the studio. You get the impression he knows exactly what he wants to do and how he wants to do it.

The reclusive Walker did quite a bit of press for the album, and much of the focus has been on his unconventional studio techniques and sounds. Pay less attention to the "how" and "what", and more to the "why".

This is an album you should absolutely hear at least once. Like "Eraserhead" or the paintings of Francis Bacon, you may never want to experience it again, but your life will be richer nonetheless.

Scott Walker's work remains inspiring and breath-taking. I hope to be as brave and interesting when I am 70. I'm still not sure if I actually like it, but I do know I love it. Perhaps the best "art" I experienced this year. 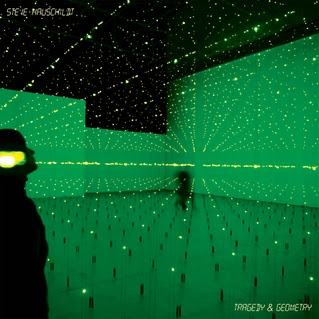 This record actually came out in late 2011, but I didn't find out about it until the Pitchfork review in early January of 2012.

I listened to this walking to work. At work. On planes. At home. An album of arpeggiated and washing synthesizers, seemingly informed by Tangerine Dream's compositions for the "Risky Business" soundtrack.

I always skipped the out-of-place single "Batteries May Drain" - its drum machine and harsher textures completely at odds with the rest of the album.

I thought this was a well-executed record, start-to-finish. Simple, concise, and solid. His follow-up this year, "Sequitur", wasn't nearly as good or as fresh, leaning too hard on krautrock and Jarre influences. 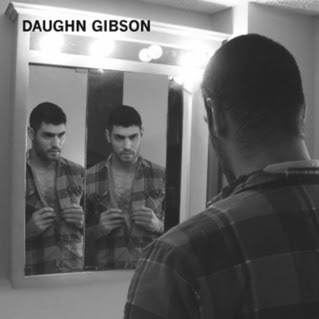 Chris Isaak meets Scott Walker. They go for a ride on David Lynch's "Lost Highway" while listening to Marty Robbins on the stereo.

Like many of the records I like, this is a record with good songs, not too long, slightly out of the mainstream.

It was completely unexpected, and almost everything about the record (including how it was made) and the guy who made it surprised me. A real treat.

Many records this year disappointed me by being utterly predictable. I read reviews. I listened. I heard exactly what I expected to, no more, no less, and all lacking the magic that makes music compelling.

Alabama Shakes "Boys and Girls" - Proof that rockism is alive and well, or that rock is dead, embalmed, and under glass. Or both. They play pretty well, but there's absolutely no reason to listen to this album in favor of any of their influences. Songs are just OK.

Frank Ocean "Channel Orange" - I really wanted to like this record, and wanted it to be as good as the things it was compared to (Stevie Wonder, Prince, others). It wasn't. Too long by at least a few songs, and most of the songs featured airless production and a lack of hooks. That said, Frank Ocean's performance of "Thinkin' Bout You"on Saturday Night Live was amazing, and demonstrated what the record could have been. He is undeniably talented, but his record was boring.

Dalis Car "InGladAloneness" - Mick Karn died last year. Before he did, he and Peter Murphy had started working on a follow-up to their 1984 collaboration as Dalis Car, "The Waking Hour". That record was strange and beautiful. Much as I hoped to love this all-too-short record, it seemed underdone. The songs felt half-finished (understandably so). The high point is the half-cover of Jacques Brel's "If You Go Away", but it features no fretless bass and while Rod McKuen's english lyrics may be more appropriate to the recently-passed Karn, they are a pale shadow of Brel's heartbreaking perfection.

Santigold "Master Of My Make-Believe" - Santigold's last record was one of my top picks in 2008, full of tight, catchy pop songs with a fresh voice. Her new album failed to grab me at all, despite repeated listenings. It was a lot like the 2nd M.I.A. album, including busy production and a sprawling aesthetic, but lacking any memorable songs.

Jack White "Blunderbuss" and ZZ Top "La Futura" - Both of these records were predictable and boring. The ZZ Top record had potential - the lead-off track is exactly what you hope a collaboration between ZZ Top and producer Rick Rubin should be...but the rest of the crushed, compressed album grinds away lacking any lightness, innovation, or hooks.

The Jack White album is more of the same from Jack White. He's good at what he does, but this album is less interesting than the marketing gimmicks he conceived of in this past year to promote it.

Some Things I Bought

Chromatics "Kill For Love" and "Night Drive" (Deluxe Edition) - I initially dismissed Chromatics as bland 80s rip-offs, similar to some other bands I know. In reality, Johnny Jewel uses the Miami Vice palette to create haunting, sleepy mood pieces, best captured by the movie "Drive". He's prolific to a fault (maybe use the trash can as much as the synthesizer next time?), but he has a vision. "Kill For Love" wasn't as good as 2008's "Night Drive", but featured more guitar and a few great tracks.

Harold Budd "Bandits of Stature" - Ambient. Budd does string quartets. Not my favorite thing (like him, I find them shrieky), but a nice record all the same, and I remain committed to supporting Mr. Budd's art.

John Foxx and The Maths "The Shape of Things" (vinyl) and "Evidence" - John Foxx and Benge have been on a tear since last year's "Interplay". I was initially disappointed by "The Shape of Things", hoping for more tight synth pop like "Interplay". What I got instead was an album-length series of Ballard-ish vignettes and songs. But it grew on me, and I respect the album-sized vision. "Evidence" came out a few months later, with a similar aesthetic (a handful of songs woven together with brief instrumentals). My next album will probably sound similar to this.

I bought 4 albums on vinyl this year, after refurbishing my turntable. Vinyl is fun to hold and look at, but I still find it inferior to CDs!
at December 31, 2012

Anu, glad to see you still have a turntable. I stepped into the vinyl time machine last year and slowing picking up a couple albums usually at Amoeba.

You mentioned that you don't really like vinyl though - what do you think of TrueTone, Neil Young's project for hi-def digital? I've been reading his "Waging Heavy Peace" and am quite curious about it.

Darow - I still have a linear tracking turntable I got in the 1990s in L.A. Linear tracking provides superior reproduction because the tonearm moves like the cutting stylus.

I think vinyl is to music as candles are to lighting. You put it on because you want a particular vibe and experience, and the "quaintness", deficiencies, and character are part of the romance.

Neil Young's project is silly. Silly and doomed. I should write a blog post about it, but you can start by reading this: http://people.xiph.org/~xiphmont/demo/neil-young.html