The Last Party In Los Angeles

Her particular swagger and easy confidence made it obvious she was a few years older than me. Striking. Long black hair pulled back in a ponytail. Perfectly faded and torn jeans with a white tank top, showing tan skin.

She asked me “So, what are you doing here?”

The night seemed to slow and stop. A sudden silence, as the music, conversation, and traffic sounds receded.

It is 2000. I am in Los Angeles, on a restaurant patio just off of La Cienega. A party for my friend and bandmate Tyler Bates.

I gaze back at the woman, her dark eyes glittering in the firelight.

What am I doing here?


I Dreamed I Was A Spaceman

In the late 90s, I was living in Los Angeles. Specifically the San Fernando Valley, not far from the legendary Galleria, made famous by Moon Unit Zappa in the song "Valley Girl". I had been divorced for a few years now but was in a new relationship.


I had quit my day job. My own bands had broken up or fizzled out. I was considering and following all possible directions I could think of in the music business: Being a producer for my friends' bands and up-and-coming L.A. scenesters. Dabbling in film and TV scoring. Looking for other bands to join as a sideman or frontman.

My girlfriend was a great bassist playing in several bands (including a cover band -- the M-80s with Gary Finneran -- which served as part of the inspiration for Sid Luscious). She worked in a famous recording studio. And she was friends with Lisa Papineau.

Lisa Papineau was a remarkably talented singer, and well known in the L.A. music scene at the time. She knew everyone from the biggest big shots to the indie almost-shots I hung with. Lisa was the frontperson for Pet, the first band to release an album on Tori Amos' label. Pet was very cool -- a sort of heavy rock band fronted by a striking-looking woman who didn't sing like a typical heavy rock singer.

Tyler Bates was the guitar player. On drums, Alex Locascio. And while I saw them in L.A, their bass player for live gigs was another titan: Juan Alderete.

Pet played shows with many of my friends' bands. My memory is a little hazy, but I know for sure they did a show with my brother's band Don Knotts Overdrive, and I'm pretty sure I also saw them play with my friends in Electrolux/E*lux, Gwen Mars, and probably This Great Religion and Failure, too.

Like many cool, innovative bands of the era, Pet didn't last. Label pressure, etc. It's a familiar story. Lisa and Juan eventually formed Big Sir. I had the pleasure of working with them briefly, doing some live rehearsals, and recording and engineering basic tracks for their first EP at my studio.


Tyler called me up and asked me if I wanted to play keyboards in his new band. It didn't have a name yet, but Alex from Pet was going to be the drummer. He said he envisioned it as a kind of 90s version of The Cars. I couldn't say "yes" fast enough. I had just bought a Nord Lead 2, and was really missing playing in a group.

Playing keyboards and singing backup sounded perfect. Not only would it give me a break from years of struggling as the frontperson, it seemed fitting to return to the role I held in my very first band. A chance to start over, as it were, make new decisions, and choose different doors.

Summertime In The Valley

We met up, and he played me the half-dozen songs he had recorded. They were really good. Weird, catchy, and blessedly not just re-hashing whatever was popular in L.A. at the time. And the lyrics were deceptively dark. One song was about fever dreams, another about parental issues, a couple about bad relationships.

But there were almost no keyboard parts on them. No problem!

Within a few weeks, we were rehearsing, and added a guy named Bob on bass. We were all seasoned pros, which made rehearsals atypically pleasant. The volume was moderate, and everyone knew their parts. I had added a Korg Kaoss pad to the Nord for various effects and the visual stage business of manipulating it.

I had been listening to a lot of the "about to break" 90s electronica that was popular at the time -- Underworld, Crystal Method, Orbital, and Chemical Brothers. I tried to incorporate some of those motifs and attitudes into the parts I wrote.

We played all the hot clubs. Opium Den. Whisky a Go Go. Spaceland. Doug Weston's Troubadour. Being back on stage and in such a tight, drama-free outfit was exhilirating. It felt great to be playing again, on good stages, in front of good crowds, with good material.


I developed an aggressive performance style, setting my keyboard stand low and crouching behind it like a sprinter in the blocks, or rocking it forward and backward like I was shaking the music out of it. For one song, I did some dramatic overhand windmills to trigger percussive clap sounds.

And we hung out. We weren't super-close, but we were friends. It was fun. And much as I didn't want to think about it, there might be the ever-hoped-for "label interest". Maybe we'd get to make a record.

We had a decent set of songs, and when Tyler said he was trying to decide between covering X's "Los Angeles" and Wall of Voodoo's "They Don't Want Me", I knew this was a good band for me.

One day Tyler called me up and said "I have the name for the band. What do you think of...Widget?"

This Is Our Last Goodbye

Despite our relative success, a sense of doom was in the air. Napster was on the rise, and bands everywhere were watching album sales fall. Many of our friends had already signed bad deals, released mediocre albums that didn’t sound like the band did, and were dropped, or worse, trapped a kind of record business limbo where they weren’t free but the labels wouldn’t let them make or release any music.


It felt like the whole scene was on the verge of ending, or curdling into something unpleasant.

But bands are only one part of life, even when you're a musician in L.A. Offstage, I was profoundly unhappy, and needed to change...everything. My friends were breaking up their bands or relationships or both. In late 1999, I found myself driving home from a Widget rehearsal, realizing I had to break up with my live-in girlfriend of 3 years.


And not long after that, I got a job offer...in San Francisco. I started thinking maybe it was time to leave. To hang up dreams of getting signed, to stop hanging out at The Garage and Mogul's and Goldfinger until the wee hours with borderline or serious alcoholics with tinnitus, and get an actual job in an office and earn some money.

Tyler, for his part, was starting to have real success and steady work in the film and TV composing world. This is really difficult and demanding work under the best of circumstances.

I spent a lot of time running laps around Balboa Park, or driving Didion-esque loops around the city. Was there anything left to see or do here? Could I find new doors to open here, or was it easier to simply leave and start over somewhere else?

And even as I was considering that, I was getting offers to join other bands “with label interest”. I liked Widget, but like a true professional, I went to auditions anyhow.

What Are You Doing?

A montage of these memories and experiences whooshes past my eyes. I am at the party at some cool restaurant on La Cienega. One of those great L.A. places with an outdoor patio. It's a beautiful night in early June.

I’ve been here an hour or so. I rolled up in my car, feeling like a character in a Brett Easton Ellis story. The party is fun. I see my bandmates, a few people I vaguely recognize, and a ton of people I don't know. There are several attractive women at the party.

Being me, I end up talking to one: The striking older woman.

We talk a bit about our lives. We talk about Jeff Buckley. I had been listening to "Grace" quite a bit. She knew him. We talk about his sudden death, so much music and life ended so soon.

And that’s when she asked me what I was doing.

The night is still frozen, time stopped. I look at her, stretched out on the outdoor couch. I feel the condensation of my empty cocktail glass. Zephyr's sweet breath rattles the palm trees, sounding like faint applause.

She’s watching me, waiting for an answer.

I think of Widget’s likely future. The promising debut, the inevitably disappointing second record. The A&R guy asking where the single is. And that’s assuming we even get that far, after many more club shows.

Other scenarios play out in my mind.

And instead of putting the moves on her, I find myself slowly saying "I think I'm leaving Los Angeles."

She smiles at me and nods, her eyes sad but knowing. She talks about how long she's been there, and how many times she's thought about leaving. And why she stayed.

I stand there in the perfect night. I could stay. She’s here. Staying could be fun. L.A. can be amazing and full of promise. The air is sweet and smells faintly of magnolia. The food is good, the bourbon is nice, and the party is going strong.

I soak it all in, wanting to capture this moment, every sensual aspect of it, and save it forever.

I turn to her and smile.

30 minutes later, I'm alone. Driving up the 101, roof open. I leave the stereo off, listening to the wind rushing past. The freeway in front of me is empty, dashed white lines converging in distant infinity and darkness. Above, I can see the stars and hints of the Milky Way, an astral road nearly washed out by Hollywood's light pollution.

A few weeks after the party, I moved to San Francisco. I started a new career in the digital music business. I sold much of my music gear, and for the first time since I was 15, I wasn't in a band or trying to be in a band. I was done with playing music.

Being "done" lasted 6 months, and then I started on a path that led to some of the best work I've done.

Tyler Bates became one of the most successful and sought-after film composers in Hollywood. His list of credits is extensive and impressive, including "Watchmen", "300", and most recently 2014's breakout hit "Guardians of the Galaxy".

A recent article in the New York Times interviewed Marilyn Manson as part of the promotional push for his new album "The Pale Emperor". Notably, the article made extensive mention of Manson's new collaborator, Mr. Tyler Bates, who is credited with helping Manson reinvent and reboot artistically.

Tyler and I exchange emails now and then. I hope one day we’ll make music together again.

I don’t know what happened to the woman. I remember her so vividly, but I can’t be sure of her name. It must have been "Angel". 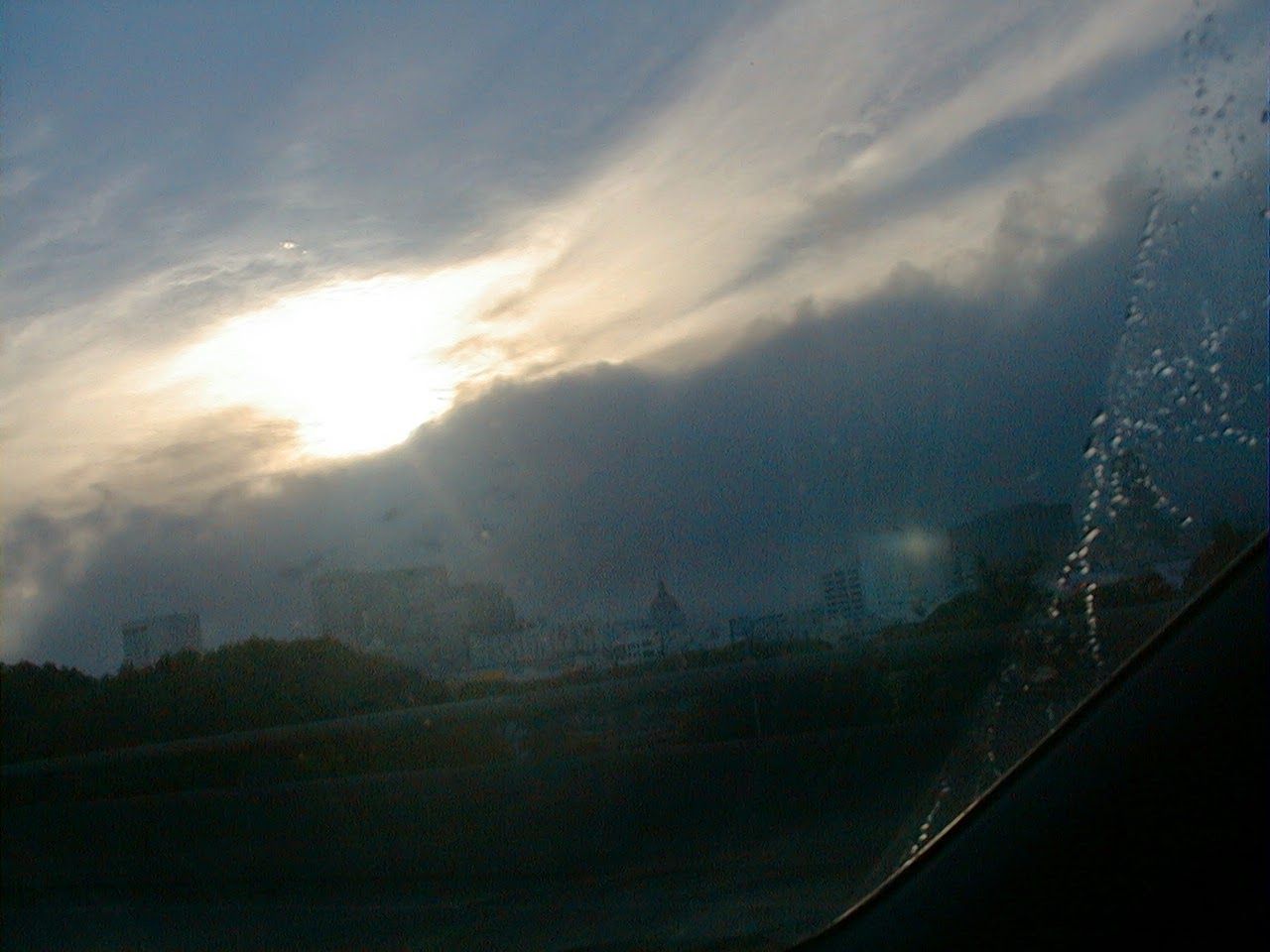