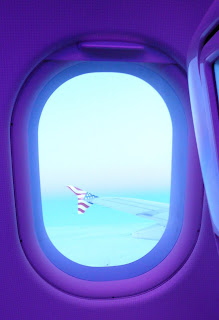 I flew Virgin America for the first time on my last trip to DC. Is it an incredible new experience?

Well, no. It's a budget airline. But they do things a little differently, wrapping their experience in some nice design:
Recommended.
at October 14, 2007