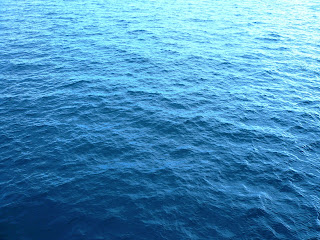 For a while now, I've been having problems with my left leg. Dull aching during the day which comes and goes. No amount of massaging seems to assuage it. A weird lump in the middle of my vastus lateralis when using a foam roller. Mysterious twitches at night keeping me up, contributing to sleeping problems. Tightness when fully extended.

Doctor gives me some giant ibuprofen and says "stop working out your legs for 2 weeks - no weights, no running. Take these. Then come back." It's been almost a week. I really miss cardio. But I'm not feeling a lot of improvement. Yeah, there's a bit less pain, but it's still not right. I am probably going to end up needing some sort of MRI to find out what the hell is going on in there.

I've gained a bit of weight over the last several months, so I'm basically back where I was before I started on a big exercise regime and diet. However, my blood pressure is lower and I'm sure I'm more fit. I am not really convinced that all the working out is the cause of my leg problems. Then again, I'm no doctor.

Still, it's just a drag. I'm too young for chronic pain. It's a drag.

I've also been doing way too much traveling - that's one reason for so little writing. Earlier this month I was in Las Vegas, before that Seattle (where I took that picture of the water from my hotel room). Last week, New York. Tomorrow I fly to DC. The weekend after, I'm off to Korea (happy Korean National Foundation Day, by the way - the consulate was closed so I couldn't get my visa sorted today).

I'm pretty much over it at this point. The combination of tiny cramped planes with my leg issues is just no fun at all.

Collectively, it's just put me in a down-ish mood for what feels like this entire year, though it's probably only been a few months. I try to find some little joys or pleasures in each trip and every day. Lately it's just been enough to sleep through the night without my leg freaking out on me. Enjoying my morning coffee and looking out the window, wherever I am.

I've been working on de-cluttering my life, finally getting rid of clothes I don't wear, stuff I'm not using. Somehow I've ended up with a lot of junk. I remember when I could fit everything that mattered to me in the back of my car. I guess that means I've gotten old. Or grown up. Or both.

I don't talk much about work here - the usual mass of confidential stuff. And inevitably I will rant about how frustrating things can be. But I have a very good gig, with a lot of cool people. Nothing really to complain about there at all. I love Rhapsody.

I actually bought a CD recently - the reissue of Wendy Carlos' Sonic Seasonings - something from my youth. Very nice, still mysterious, though now I hear it with more knowledgeable ears.

I am also greatly enjoying the two albums Harold Budd and Robin Guthrie recently released - After The Night Falls and Before The Day Breaks. Very much like their Mysterious Skin soundtrack collaboration. 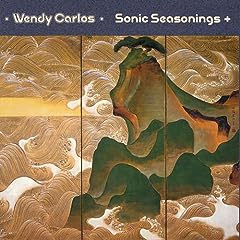 Time to go take 800 mg of ibuprofen. I'll be happier when I know what's wrong with my leg, and what I have to do to get it back to "normal", assuming that's even possible.
at October 03, 2007