Re: Issues about Reissues 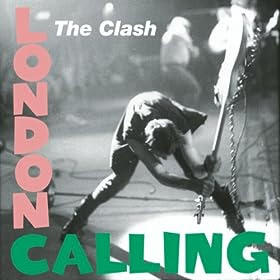 I've written about reissues of albums before, but it seems there's always more to say.

The 30th anniversary of London Calling is also less substantial than the 25th anniversary version. I'm pretty sure the label isn't going to keep multiple SKUs for this record in circulation. This leads one to the inevitable conclusion that there will be yet another version - the "definitive" 40th or 50th anniversary that collects all the material smeared across the various versions so far.

We've seen this before, with things like the Blade Runner film releases. In the 21st century, it seems some works no longer have a single, definitive, canonical version of a work, just endless permutations.

Things have been heading in this direction for a while, whether you're talking about the US versus UK releases of albums by The Beatles, The Clash, The Chameleons, or other bands; or even compact discs with "bonus tracks" versus albums without them. Which album is "definitive"? Even fans will argue about it. The real answer: the one you heard first and most.

The CD itself was marketed as an "upgrade" over vinyl LPs. The music business thrived as fans bought all their old records again, just for a technological improvement - and one whose merits have been debated ever since. And of course, now the record business isn't even trying to sell a new format - they're just trying to get you to buy a new CD. And we're doing it.

They've even tried to come up with ways to get people to buy digital files with poorer sound.

The record industry knows they missed the boat for delivering a new physical format for music. Movies have at least one more round left in them. They've gone from videotapes to DVDs and now to Blu-Ray (after managing to nip a format war in the bud). While some newer movies clearly benefit from being seen in high-def glory, the benefits for older films are debatable. And that's assuming you can figure out how to properly connect all your gear to get the best picture - many home users can't.

Re-issue fever has even hit the videogame industry. Lucas Arts recently "re-issued" a version of Secret of Monkey Island. This new version featured "high definition" art, improved controls, an in-game hint system, and voice-overs. It didn't make the game substantially different or better in terms of experience, story, or content. Perhaps it made it more palatable to a new generation of gamers.

Quoting or drawing inspiration from previous works is a common artistic practice - it's too bad nobody can collect royalties on Shakespeare. But the phenomenon of refurbishing, remastering, or reissuing an existing work with updated technology is a relatively new phenomenon.

It's generally considered less risky. It's like consumer products: Toy Story, New and Improved, now with 3D! Harry Potter, with all the stuff originally edited out restored! Switched-On Bach with Ocean Rain fresh scent! Adding a little something new to something proven and familiar all but guarantees sales from the ardent fan base and collectors, and may get enough of a PR push to pull in a few new fans.

Regardless, it works for me, at least sometimes. There are several CD reissues teed up for release in 2010. Top of my list right now is the Duran Duran side project Arcadia - this re-issue will feature nearly impossible-to-find rarities and great packaging. Hooray!
at December 21, 2009

Re: the Monkey Island re-issue -- I think it's worth noting that this isn't the first re-issue of the game. It was redone with an icon-based UI and improved sound in '92. It's possible that many folks don't realize the version of Monkey Island they played was itself not the original. Regardless of what LucasArts' motivations were with the latest evolution of Secret of Monkey Island, I receive it as welcome news that they aren't going let the title die.

And THANK GOD they didn't try to create another new title themselves, but instead handed the series off to the more adventure-focused folks at Telltale (which is basically the Awesomest Lucasarts Alumni Club anyway). All in all, it's been the best year ever for us Monkey Island dorks.