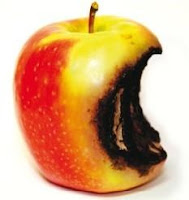 I'm internet-famous for a day thanks to this story on Business Insider about Apple's subscription plans for iOS.


"While it is fair for Apple to charge whatever they want for the value of their platform, it is reasonable for someone like me to argue that Apple does not add more value to MOG than MOG adds to MOG," said MOG vice president of mobile Anu Kirk, after Apple first announced its plan. "For Apple to basically claim a greater share of revenue than MOG or, say, Rdio, or Rhapsody, or any of these folks are actually getting from their own products is not a sustainable position for us in the space."

I am now officially claiming responsibility for getting Apple to back down. ;-)
at June 09, 2011