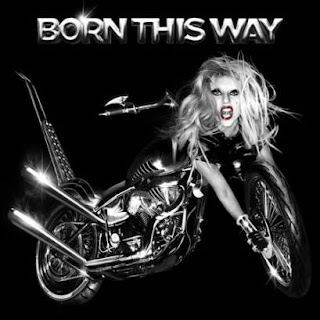 The band Uniform Motion has attracted some attention in digital media circles over the last couple of days by posting a list of how much they're getting paid by various digital sources.

The message seems to be "Spotify is bad for artists"...and by extension, so are other subscription services like Rhapsody and MOG.

But like the last time this argument was made, this is an unfair comparison, presented with an incomplete analysis.

So let's look at a few points:

1. It's far easier to get someone on a subscription service to listen to your album than it is to convince someone not on a service to buy your album.

Subscribing fans have already paid their subscription fee, so trying something new costs them nothing but their time and attention.

On the other hand, getting people to buy music without having heard it first is extremely difficult. This difference in effort/risk is partially why the pricing or payment structures are different between downloads, CDs, and streams. (It also has to do with "just listening" as opposed to "getting a copy").

2. Subscribers still buy music, and they buy more than non-subscribers!

Subscription listening and purchasing aren't mutually exclusive. Research shows that subscription users tend to buy more music than non-subscribers. Individual subscribers frequently talk about how they use services to decide what to buy.

Let's assume the quoted "Spotify rate" is too low. So what should it be? What's a fair price to play a song once? The 25 to 50 cents a jukebox charges? A penny? What's fair to the artist and to the fan?

One of the bits of data that guided my thinking when developing Rhapsody was a NARM statistic:


The average CD is listened to fewer than 10 times after purchase.

Well, Lala.com had that model, charging users 10 cents to "buy a stream" (which actually gave you infinite plays for 10 cents), and they went out of business and sold themselves to Apple for peanuts because they couldn't make a profitable business at those rates. So charging the fans 10 cents (and paying the artist less than that) wasn't workable, at least for Lala.

Sirius XM satellite radio pays about $0.002 (1/5th of a cent!) per play. Pandora pays about $0.001 (a tenth of a cent). Other Internet radio stations pay similar, or even lower rates. Both Sirius XM and Pandora had to spend substantial sums and took a long time (nearly a decade) to get to massive scale, and even now they're both just scraping by. So it would seem either all those radio stations are badly managed businesses, or those rates are still on the high side.

If you get played on terrestrial/broadcast radio, you get nothing unless you wrote the song, and then it depends on whether or not your PRO was sampling that particular station, and how the arcane math of the PROs happens to shake out that distribution period. Broadcast radio has been a strong business for a long time, but its listenership has eroded and now the sound recording owners (artists and labels) are starting to think they should get paid.

But at a payment rate of "nearly nothing", not only was FM radio a successful business, artists and labels would literally break federal law repeatedly to pay radio to play their songs. (I will note here briefly that "payola" laws do not apply to internet businesses, and I have speculated in the past that it is possible artists and labels would pay Pandora or other services to slip their music into programming it wouldn't otherwise be in. This may already be going on!)

So my takeaway is a realistic rate for businesses to pay today is somewhere between zero and $0.002 per play, and potentially the artist should be paying the business for exposure. In that light, Spotify's rates don't seem unreasonable.

Of course, it also goes without saying that piracy - what people will turn to if there are either no alternatives or only alternatives they think are unreasonable - pays the artist nothing.

4. Music has different values to different people, or even the same people at different times.

If you're a fan of Coldplay, you might pay $50 to be the first person to hear their new song.

If you're not a fan of Coldplay, you might have to BE paid $50 to listen to it. And Coldplay might be willing to pay you to try it to see if you like it.

If you've heard the song hundreds of times, you might want to value it less than the first time you've heard it.

Or maybe you didn't care for it the first time you heard it, but now, after 10 plays, it's started to click with you.

Or it reminds you of college, and the added nostalgia makes it valuable.

The song remains the same. Should the pricing? Plenty of other businesses charge different prices for the same product to maximize profits (it's called price discrimination).

It's Up To The Artist To Decide

Ultimately, every artist looking to distribute their art has to decide if what they're getting paid for it makes sense to them.

Some bands will play night after night for little more than 2 cheap beer, $20, 4 guest list slots, and the hope they'll make a few fans. Some don't tour at all. Some only do it if there are minimum guarantees.

Some, like the aforementioned Uniform Motion, even let people set their own prices to own the band's music, including ZERO DOLLARS. If Uniform Motion is willing to give their own music away for nothing, does it seem reasonable for them to complain about how "bad" Spotify is for paying them so little? At least Spotify is paying them something, and providing accounting.

Uniform Motion admits they produced more physical product (250 units) than they believe they can sell. They don't expect to break even, but so far, they're also not planning on dropping the price to move the inventory. This is their third album, so they've manage to get this far somehow.

Even looking at how Uniform Motion values their own music, one walks away confused. The band themselves seems to think their music is worth something between zero and 15 Euros. The pricing seems to be largely determined by the packaging it comes in, rather than any intrinsic value in the product itself. (I will also note I haven't purchased or heard any of their music, so I can't comment on the quality of the packaging or the art).

Ultimately, the pricing isn't the issue. The issue is a disconnect between what the artist thinks their work is worth and what the audience thinks it is worth.

finally, a voice of reason in this debate. wonder if Digital Daily News or Hypebot will bother to pick up on this piece and run dramatic headlines... One suspects not