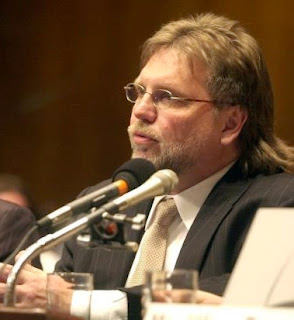 I was fortunate enough to briefly work with Gerry at Liquid. I had known him by name, reputation, and the odd handshake and meeting through the digital music business - Liquid Audio almost bought TuneTo.com, meaning they would have launched Rhapsody instead of Listen.com.

Gerry was the real deal. Smart. Volatile. Kind and loving. He was a human being, with flaws and passions and desires.

If you really want to understand who he was, read this, written by someone who knew him far better than I did.

You can also go here and read an increasing number of stories about him.

Gerry was a true visionary - he saw the whole business and what it would become. Years before the iPod and iTunes, Gerry saw and created the future: PC applications that allowed you to buy and download AAC files that contained lyrics, album art, and other details. You could transfer these files to a flash memory handheld music player and take them anywhere. You could buy albums or singles.  You could even upload and sell your own music. Sound familiar?

Gerry's vision was hampered by record labels, lack of device support, some brittle technologies and less than perfect execution. But it was still there.

If any of us in the business - Spotify, Steve Jobs and Apple, Rhapsody, MOG, me - have ascended to any heights, we did it because we stood on Gerry's shoulders, and caught a brief glimpse of what he had seen all along.