Slaves To The Muse: On Being A Musician 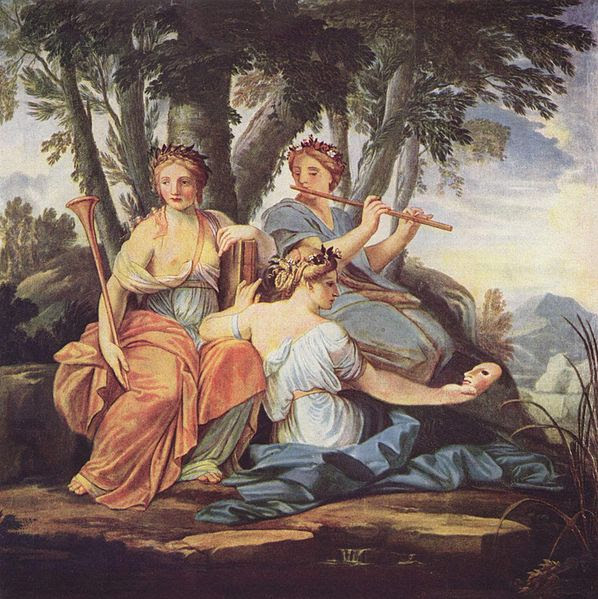 I've got a post I'm working on about how much Wept has meant to me over the years. I suspect you'll be interested in that, and I hope to have that done in another week or so. In the meantime, I wanted to respond to your letter.


Like you, I've been playing music for decades, and feel like my quality of workmanship increases but is almost inversely proportional to the size of audience. That's tough to deal with sometimes.

When I played songs that "meant something", they were frequently to empty rooms, or to friends surreptitiously checking their watches, because it was after midnight on a Wednesday. Nobody cared. I tried to write hits, or at least stuff I thought was good. It probably wasn't, but still...I had to follow the Muse, even if she led me to empty dives. That was what I did.

And when I was doing it, I connected right to that electricity than ran through me every time I saw a really great band play, whether it was in a basement or a club or a stadium. On stage, or hearing that first mix play back, I felt like I was levitating. Time stopped.

When I sang "Hungry Like The Wolf" in shiny silver pants in a cover band, it was to clubs packed with enthusiastic, cheering, dancing people. And I got paid. It was fun (for a while) but it was definitely not the right gig for me at that time. I learned a ton. I still got a hit of that electricity, that levitation. I wasn't professional enough in any respect. But I'm glad I did it.

It was a very different kind of "professional" music than my L.A. days, but just as valid, challenging, frustrating. It ultimately led me back to writing my own stuff, but with the realization that I wasn't an "entertainer", I was an "artist". Or at least, some of both.


Yeah, it's been a lot of years of playing music. I still don't think I'm very good. I still compare myself to, well, everyone. You. J____. X_____. My brother. Every record I've ever heard. Ridiculous, I know, but...that's what it's like for me sometimes.

I've thought about stopping quite a bit. There's something appealing about it. Selling all that gear. Well, maybe keep one guitar. Officially "retire". Smile and say "I used to do that" when I hear about kids in bands.

When I talk about this, my wife either laughs and says "You've been saying that for years!", or she gets kind of serious and looks me in the eye and says "You have been playing music for your whole life. You are a musician. That's what you do."

It's hard. Every year, the gear gets heavier. My ears get less tolerant of whatever "the kids" are listening to and I find most (but not all!) records really uninteresting. I make music with more aptitude and gear but less urgency.

And yet I still do it. In fact, the last few years have probably seen me more active, creative, and happy as an artist than my entire "pro career" ever did. I have notebooks filled with ideas for songs and albums. I still think about buying gear. Just last night I was playing guitar and got lost in the sound of the instrument and simple surf twang.

And it is easier in some ways, too. 25 years ago, we scrounged for instruments and a cassette 4-track and dreamed of 8 or 16 tracks for overdubs. Time in a studio. Someone who knew how to get a non-terrible drum sound. Now, I have gear, computers, and technology that allow me to make records I never dreamed I could make, and then sell them (or give them away) to everybody in the world.

More importantly, I have skill, discipline, and a kind of patience I lacked when I was younger. A broad history of art and musical knowledge to draw on. And perhaps a relaxation/surrender/freedom that comes from knowing I can do whatever I want, because I have no one to please but myself.

You said "the world barely listens, however loud we play". Truth. But maybe it's not about the whole world, and is instead about those dozens or hundreds you do manage to reach. Every once in a while I get an email or comment about one of my songs. It makes my year.


I think about Charles Ives, who spent his life in the insurance business and spent all his free time composing the weird music he wanted to make and that nobody wanted to hear. He lived long enough to see some of his recognition. He had a day job, a family, a life. Yet music still haunted him, almost until the day he died.

I don't pretend to be anywhere near the caliber of Ives. But I can understand what it was like to see the mystified, bemused looks from his friends and family. And you and I know the effort it takes to create while trying to live any kind of life.

I also think about Webern. Died leaving only 31 published pieces, but each one like a diamond turning in candlelight, or a star twinkling in the night sky. I don't pretend to be anywhere near the caliber of Webern. But perhaps I can beat him on quantity instead of quality.

When I taught my music class at Duke, I talked about Webern and tried to get my teenage charges to understand how short life can be, and how important it is to make a difference somehow. To create something and make the most of your time. Reflecting on that message myself led me to my own creative rebirth.

"This is our predicament: To never be content..." - Wept


It's not surprising that you feel differently about music now than you did when you were a kid. You're an adult now, and your perspectives and tastes have changed. Personally, I think they should change, with the wisdom and hindsight of all you've experienced. That's to be expected, hoped for, and valued. But that's just my opinion.

I know this, though: You're talented. You made a big difference in my life. And you're a musician.

Don't give up yet. Maybe do something different for a while. Get some perspective.

Maybe you're not destined for fame and/or fortune. Few musicians are, and even fewer by doing exactly what they want without consideration for the audience, business, etc. Maybe you're the type who will inspire one or a dozen or a hundred or a thousand other people to become musicians. Maybe this doesn't even happen in your lifetime. Maybe that's OK.

Maybe all that matters is that during those few minutes a week you do manage to pick up an instrument that you are transported, levitated, or connected to the Muse. Or even just satisfied or happy on some level, as you feel the wood and metal vibrate and you make some noise. Maybe that's enough.

For me, sometimes it is. What else can we do? We're slaves to our muse.

I never had the chance to say this before, so I guess I should say it now: Thanks for the music.

Right before I saw your post, I saw this similar topic in my RSS feed also on an ostensibly non-music blog: http://thefeministbreeder.com/mommas-dont-let-your-babies-grow-up-to-be-musicians-2/

It must be a musically self-reflexive day.

How I understand, it-she always comes back. I got burned and I got out. No longer taking money for what I do, and then get called back in, a song here, a concert there, "oh please sing something from our ancestors." "Can you help me think of something with this progression?"I love it though, I know I mostly was put here in this life for her. One day cousin, we will be able to talk more about this. Come on up, oh, yeah bring your guitar, we may be able to sing about it better j.

#1, Let me state that Siddhartha abides to your pollution-post revelation immediately below: "We don't deserve this planet"!

As for the Muse, why she continues to assist the most brain-rotted mypoic zombies of the whole art world the most- that being musicians - is astonishing to say the least. Still, this Muse keeps the harp strings a hummin' and the feedback a strummin', Joe.

So there she blows as we go like the wind,just as a 80 foot 200 toon fin whale's spouting then diving down to the fathomless depths lonewolf rabid chopper hellraiser thundering thru the desert on a moonless night only to stop for a coyote crossing.

The coyote's thankful eyes refract red then gold, and she kicks out the jams before the god-damned sun rises and trys to ruin the diaphanous filigree of mysteries called the Sound of Music.