I never met him, but I got very, very close. 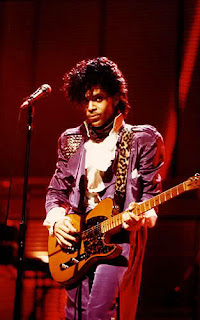 In the early 90s, I had a job working at a big-deal top-flight recording studio in Los Angeles. It was a terrible job that amounted to being a glorifed go-fer taking a lot of abuse. Clean the studios and the bathrooms. Move cars. Fetch lunch. Coil cables. Get yelled at.

The benefits? You got to stand next to and occasionally touch some (then) incredibly expensive and rare gear, and if you stuck around long enough, you might get promoted to be a 2nd engineer assisting on a session, and eventually "engineer". (Dear reader, this did not happen for me.)

Prince worked all the time. When he'd show up, he'd lock himself in the studio and work like crazy. A typical day, I'd get a phone call at the front desk and it would be his handler, who would say "Prince is coming in at 10 am." So we'd start hustling, organizing, getting flowers in place, getting the candles and lighting ready, all dialed in with the tape on the reels by 9.

10 passes. No Prince. Then 11. Then 12. Into the afternoon. No Prince. No lunch either, because he might show up. Finally, around 4 or 5, handler calls again. "Prince isn't coming in today." OK. Back in the room, snuff out the candles, clean up, take the tape down, get everything re-set for tomorrow.

I go home. Phone rings at like 10 PM. "Prince is on his way to the studio, he'll be there by 11 pm." Hop in the car, hustle back over, get everything set up again.

11 pm passes. No prince. Midnight. 1 am. Shortly after 2 am, Prince's custom-painted and -designed BMW rolls up to the coned-off area in front. His bodyguard comes in, checks that everything is clear between the front door and the studio door. Prince whooshes in, beelining for the studio. He's wearing a very typical Prince outfit. He stops at the studio door, and says "Everybody get out, I'm working alone tonight."

So then everyone leaves, me included. He literally works alone in the studio all night. We carted out more tapes of final mixes than I can count. Some of it has been released. Some of it hasn't.

As one of the new people on the team, I got assigned the graveyard shift. I was there, largely cleaning, tidying up, making sure everything was ready for the next day and that nobody breaks in.

Most of the time, Prince was not there. Nobody was there. It was boring, exhausting, and tedious, the hardest part of the job being staying up until dawn (and then hoping you didn't get double-shifted because the other runners partied too hard the night before while I was working).

So one night I'm sitting there, at like 3 am, and I realize that Prince's guitar -- you know the one, the "Cloud guitar" from Purple Rain -- is sitting in his studio, plugged in to his rig. I could go play it. 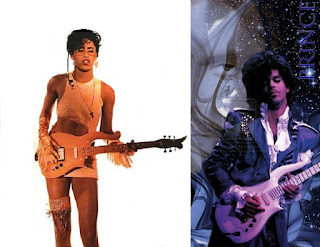 I walk into his studio, through the control room, and I see it is there, on a stand, lit in the recording room. His guitar. The peach one.

It's 3 AM. There's nobody else in this enormous building.

I reach out for the guitar, and I stop.

I am convinced that no matter how carefully I treat this instrument, no matter how I return it to the stand, Prince will just KNOW.

Like a fairy tale, he will walk in. His back will stiffen. He will say "Someone played my guitar last night."

And then, like the Terminator, he will sense it is me. And he will point his finger at me and say "it was him. He played my guitar." And that will be the end.

So I don't play it. I just stand there for a moment, as close to Prince as I'll ever get. And then I turn around and walk out, hoping that The Purple One doesn't sense it.

Prince happens to be working in one studio at the same time that Seal is working on his follow-up to his first album in another room.

Seal is a huge Prince fan. I mean that in every sense. Seal is a tall guy (6' 4"), and Prince relatively compact (5' 2"). Seal wanted to meet Prince, and I was tasked with finding out if this was "OK".

Of course, it was NOT OK. I was told that Prince was not going to meet Seal.

Seal was not to be deterred. The door to Seal's studio was right by the front door of the facility, and Prince had to walk right by it to leave. So Seal hides behind his studio door, peeking out, waiting.

Sure enough, at around 6 pm, Prince is getting ready to leave. Prince's bodyguard clears the hallway, and gives Prince the "all clear" sign. Prince starts walking briskly down the hallway, his bodyguard following close behind.

It's maybe 20' of walking. Right before he is able to exit, Seal bursts out of his studio, blocks the way, and says to Prince "I'm a huge fan, I just wanted to say hello and that I love your music."

Prince freezes, stares up at Seal, and says a clipped "thanks", as he tries to fumble past through the door while the bodyguard rapidly closes the distance and gives Seal a look between "I'll kill you" and "not cool, bro, not cool at all".

After Prince leaves, Seal is smiling and laughing. 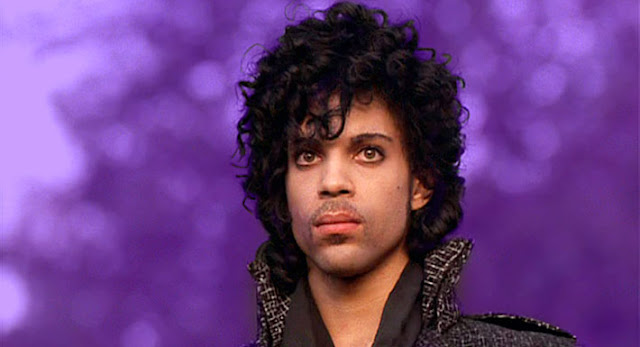