Paper Life, my latest solo album, is now available on Bandcamp. $5, and it includes a PDF of liner notes and lyrics. The album will appear on the various streaming services over the next few days.

In 2019, I reconnected with a musician I had worked with in my Los Angeles days. We talked about working together on something that spoke to the lives we had now, decades later, while musically referencing the 1990s.

He was not able to collaborate, but I liked the ideas and it became a solo album. The pandemic happened, and that ended up informing the record as well.

I have described Paper Life to my friends, somewhat jokingly, as my "mid-life crisis depression record". That is both completely true and untrue, as all the best stories are. I also think its is simultaneously one of the catchiest and darkest solo records I have made.

Paper Life is damaged, distressed, digital, and distorted — a mirror of life in 2020.

Robert Ptak for the inspiration, friendship, and Artificial Joy.

Matt Gramly for building the guitar I used for nearly all of this record.

Thank you for listening. 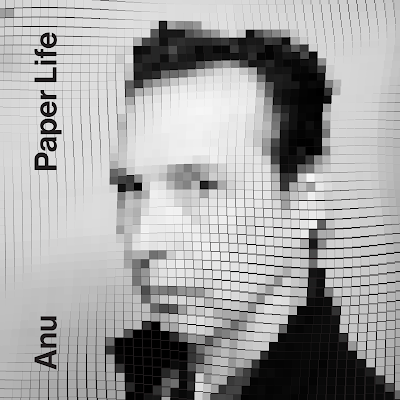