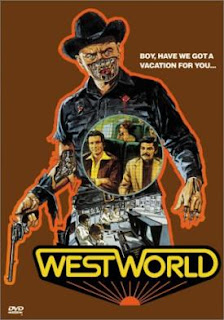 Day 21 - 6 songs, 32 minutes
Great to have a holiday. Slow start with houseguests, but I did get to work at last. Worked on finishing up tracks that were close, and started the heavy work on "The Empty Sky".

After the gym I made final tweaks. "The Crossing", "The Ghost Town", "Tumbleweed", and "For the Love of Mary Lee" are all in the can. That leaves "The Empty Sky" and "What The Wire Said".

"Empty Sky" needs some major work. I really like it (even if no one else did!) but I have to polish it up, and that means throwing out nearly all the recorded tracks. I got pretty far on it today.

"What The Wire Said" needs vocals and a bit of structural tightening. I can probably get that done tomorrow.

Then I just have to write one more track before Sunday ends...

Day 23 - 6 songs, 32 minutes
I fly to New York for work. I listen to the existing mixes and make a few notes. Can't do anything else, between working and flying I have barely any time to think

Day 24 - 6 songs, 32 minutes
I fly back from New York, the return trip taking almost double the time the outbound leg did. I get home after midnight, my body tired and on the verge of being sick.

Day 25 - 6 songs, 32 minutes
I spend the day working at home, and the evening doing some touch-ups on the existing mixes.

Day 26 - 6 songs, 32 minutes
I spent the morning working on "What The Wire Said", redoing the vocals, adding effects and a few percussion parts, and editing and tightening.

I spend the afternoon struggling with a new track, which will be called "Interstate Wasteland". I sketch out a bit, laying down a beat, some chords, and writing far too many lyrics.

Day 27 - 7 Songs, 37 minutes
After my usual slow Sunday, I went down to the studio and started working on "Interstate Wasteland". I quickly edited the lyrics down to just 3 verses and changed the chord progression to allow for a nicer melody. I had to do a bunch of vocal experiments before I got a take I liked.

I had a few brief flashes of panic - was this totally awful? - but I powered through, adding some nice guitar parts and a few simple production touches.

I reached a point where I couldn't think of anything else to do - I was noodling on guitar, noodling on keyboards. Clearly the song was finished. Well, maybe after some backing vocals.

Touched up the mixes for "Empty Sky" and "Tumbleweed" and went to the gym for a quick workout and to listen.