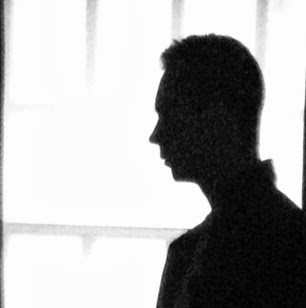 I woke up in a San Diego hotel with a pain in my neck. Not unusual for a hotel night with an unfamiliar pillow. But driving home after a week on the road my throat felt a little funny.

I was singing along with a song in the car, one I had sung frequently. I went for a medium high note...and it didn't happen. My voice just stopped, well below where it was supposed to go.

I tried again. Stopped. Pushed harder. My throat was just closing up. It was like trying to raise my arm over my head and having it stop halfway.

I've been singing for almost my entire life. Done it professionally or semi-professionally for 20 years. I've had laryngitis, resulting in full voice loss. I've had colds and fevers and near-fatal sinus infections. I've had problems from eating the wrong food. I've sung so hard I lost my voice for a day or two.

I went to the otolaryngologist the next day. They said it was probably a virus, and that I would probably be better in 2-3 months.

During that time, I took it as easy as I could on my voice, singing only enough every few days to know I still couldn't do it. Limited talking, even though I arguably talk for a living. I still got hoarse after speaking too much or pushing my voice even a little bit.

I saw the doctors a few more times and had various cameras put down my throat. There's nothing physically wrong with my vocal cords. They look quite healthy, all things considered. No damage, no trauma.

But I couldn't sing.

I realized how much I enjoyed singing, just to myself, here and there. I had developed a voice that could emulate or match many of my favorite singers: Peter Murphy. Dave Gahan. Bono. Stuart Adamson. Scott Walker. David Sylvian.

And it was gone.

Having thought of myself as "pretty bad at most instruments, but a good singer", this was a big psychological blow. Bigger than I expected.

And then I started thinking "eh, it doesn't matter, nobody listens to your music anyhow". Which led to an even darker place.

Finally, a lab test showed a deep infection. I took strong antibiotics for 10 days, and finally, my voice started to come back.

Like a runner who's had one leg in a cast for 4 months, it's going to be a while before I can sing full-on again. And also like that runner, it is not yet clear whether there will be any permanent impairment or pain.

But I have a new appreciation for my voice, whatever I've got left of it. I hope to record some things soon.