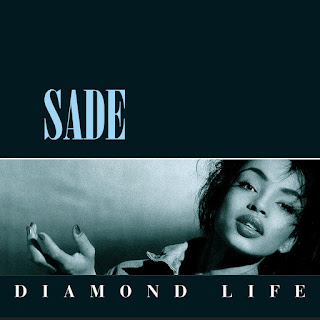 While very much of its time, the album also sounds like a classic. While some choices (chorused guitars, some gratuitous sax) and technology (a hint of DX7 "epiano") slightly date the sound, it has remarkably restrained and neutral production for an album of that era.

I first heard it like everybody else did -- on the radio. I taped the album from a friend (on the reel-to-reel recorded I had salvaged from the basement!).

I was surprised how much I liked "Diamond Life", given how little it had in common with the other music I was into at the time. It wasn't filled with synthesizers and drum machines. It wasn't edgy, weird, arty, or new wave.

It was, relatively speaking, conventional. Its comparative subtlety and aspirations of refinement did separate it from the other garish strivers on the charts, and its very quiet and understated elegance were their own strong statement.

But I kept coming back to it, because it was "cool", in every sense. The songs were great. Memorable, without resorting to gimmickry or cheap hooks. Strong melodies, solid playing. It had some heart and soul beneath its lustrous surface.

I still like listening to this record. It is easy to enjoy when paying attention, good background for dinner or parties, and everybody likes Sade.

"Diamond Life" was a smash success, selling over 6 million copies, and held the record for best-selling debut by a female vocalist for 24 years. It immediately gave the band the freedom to do what they wanted.

It turned out that what they wanted to do was more of the same -- carefully crafted jazz-influenced pop records, with a gradually increasing amount of time between them.

Sade doesn't really have any bad albums (though I listen to "Lovers Rock" the least). They're all pretty great, with a few being transcendent in places. But I don't think any of them have the same consistent high quality of "Diamond Life".

This record made me re-consider fashion (transient, flashy, disposable) and style (slow, understated, timeless). The older I get, the more I appreciate what Sade and her band did on "Diamond Life" and the rest of their records.

I have cribbed beats, bass lines, ideas, vibes, tempos, and riffs from their work over the years. This is most obvious and conscious on several tracks from my 2010 record "Reflection".