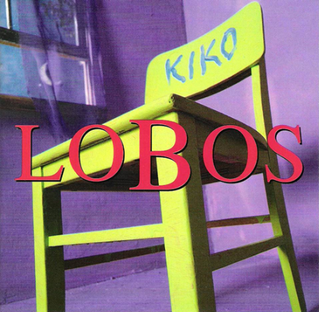 Every once in a while, I hear a record that immediately grabs me and demands my attention. This happened recently with Low's "Double Negative". It also happened with Los Lobos' "Kiko".

Los Lobos had been around for a while. They'd attracted some attention with their breakthrough 1984 album "How Will the Wolf Survive?", and sold a pile of records with their cover of "La Bamba" for the soundtrack of the movie with the same name.

Los Lobos are a great, solid band, but they never made much of an impression on me. Then, in 1992, I heard "Kiko And The Lavender Moon" and saw the video on MTV. Back then, it was still relevant, and a purveyor of next big things.


The song was well-written, but what really sold it for me was the dramatic, stylized production. This wasn't what one expected from a roots-rock band like Los Lobos, who seemed to pride themselves on a certain kind of authenticity.

I read a few more glowing reviews from Rolling Stone and Spin, and picked up a copy from Tower Records on Sunset.

Almost from the first note, the album held my attention. The songs ranged from solid to good to great, and the production was just wild enough to spice things up without overwhelming them.

"Kiko" showed me that bands I don't love can make albums I do love, and that creative production can lift songwriting and performance to another level, particularly when the material or artist is otherwise solidly in a particular genre.

MItchell Froom (producer) and Tchad Blake (engineer on the weird tracks) are largely responsible for the compelling and fresh sound of the record. Froom and Blake had something of a moment in the 90s, working as a team for most of that decade. They worked on a pile of records by great artists, including Suzanne Vega's stellar "99.9" album (which nearly made this year's round of albums), which David Hidalgo of Los Lobos contributed electric guitar to.

Like Los Lobos, Vega was an otherwise fairly traditional artist with good songs but whose traditional approach kept her work from really standing out. Froom was Vega's husband from 1995 - 1998.

Froom and Blake got something of a reputation for being the guys with the weird, fucked-up sounds, which of course they resented, fought, and ultimately embraced. Froom, Blake, and a couple of the Lobos started an "experimental roots collective" called "Latin Playboys" that made a few records.

When I hear this record, I think of holidays in Santa Fe, New Mexico. It remains fresh-sounding, with its effortless roots grooves shading into acoustic balladry. For something occasionally strange and distressed-sounding, it is surprisingly easy to listen to.
at April 08, 2020