I am leaving social media*, and you should, too.

*I will keep my accounts active rather than deleting them. As someone who works in what is described as "tech", it is simply not practical to not have them. I will continue to post outbound notifications about album releases from my various musical projects and the occasional blog post, but my days of frequently checking my accounts, posting links, and commenting are done for now, and hopefully for good. 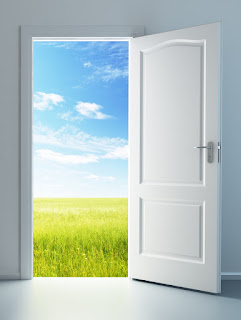 Social media is a bad idea and a worse business model. I am tired of contributing to it, and I am tired of being assaulted by it.

By "bad idea", I mean it is actively harmful to us as individuals and society to offer a platform for anyone and everyone to broadcast without curation or vetting. Particularly when the craziest and worst ideas are put in the same frame and given the same presentation and weight as the most banal personal trivia and serious journalism. This alone has damaged democracy and eroded our sense of common truths and purpose.

As a business model, it is also terrible. People are now using social media as a daily newspaper, because it is free and "personalized". Social media repurposes other people's content (including yours) and monetizes them with its own advertising.

Social media has contributed to the impoverishment of serious news organizations and helped enable and empower garbage pseudo-news providers from OANN to chumbox companies to meme farms. Every time we post on social media sites, we are working -- for free -- to make people like Mark Zuckerberg and Jack Dorsey even richer. They are definitely getting the better end of the deal, which is why they're multi-billionaires and you're worried about feeding your family.

The resulting data and databases are used in ways we can barely comprehend or believe by private companies. Worse, the information is being acquired by governments and used for everything from facial recognition databases to behavioral profiling to vetting who is allowed in or out and what they can do. If you think Trump's America is rough for some people now, wait a few more years and see what they do with this stuff. And if you're a "Republican", imagine what your nightmare Democratic candidate will do with unfettered access to your "private" life.

Your employment is already at risk. The wrong kind of post will cost you your job, as the mob demands your employer give you the boot. Your employer will comply, firing you not "for your views" (which might be illegal) but because the mob scene / boycott is causing a distraction and bad press (and this, so far, has been totally legal).

Setting all that aside, social media has become permanently corrupted by businesses and state actors. A few years ago these efforts were clumsy and barely effective. They are now good enough to achieve their primary goals (manipulating how you feel, gathering information, and fomenting dissent, cynicism, and helplessness) with a mix of human actors and bots. Soon, machine-generated profiles will overwhelm us all, indistinguishable from friends-of-friends. It is already a safe bet that most of what you read on social media is false and posted with an ulterior motive. Within a few years, it is a certainty.

I am tired of contributing to these sites and these problems. I am done working for free, done giving my ideas and information to big platforms that enrich themselves from my work, while simultaneously using against me and my friends. It does not make me happy. And it makes bad people rich.

I am tired of the daily assault. Today I opened Facebook's new design. Pitch-black. I can no longer choose to see "most recent", so I am subjected to whatever Facebook vomits at me. Two giant video ads for services or products I already use, followed by a string of posts from friends freaking out about the state of the world, likely getting pushed up because the comments are exactly what you'd expect: a third of people outraged because the original post isn't focused on "the right things", a third of people recycling Fox "News" tropes from 20 years ago, and a third of people making jokes, or cynical comments. Then pictures of food or cats or memes. It's an endless "feed" of bile and sugar.

I have been primarily referencing Facebook, but it really does not matter which site I am talking about. You might not use Facebook, but think Instagram is OK. For starters, Facebook owns Instagram. They're the same company, same model, same problems. Go to Instagram if you want to feel insta-bad at the stream of curated, empty fabulousness coming from people there.  And the less said about Twitter, the better. If the people that owned it and worked there had any decency, they'd have shut it down years ago. They're enabling the disinformation war and have been for years.

I tried not to take the bait, to refrain from commenting, to avoid feeling outraged. I failed. I let the darkness get to me, and get in me.

So I am done. You should think about doing the same.

Social media offers nothing that you cannot get in other ways. Call someone. Send an email. Read or write a blog. Subscribe to a news site.

I hope you will stay in touch. I am not hard to find, and most of you have my email address, if not my phone number. You may see a bit more activity here -- I may try posting daily or weekly on the blog instead of on social media.

If you want to read more about why social media is so bad, there are a pile of great books and articles:

Likewar: The Weaponization of Social Media, Brooking and Singer, 2018

The New York Times has written extensively about many of the issues with social media.

I did the same thing last year, for the same reasons: deleted or inactivated accounts. The major anti-social media platforms are a Technomancer Soul Poison crafted by extremely powerful network system diabolists and biologic hypnotist-illusionists. I decided the only logical strategy was full retreat. I might decide to engage again at some later point after I have completed a full internal systems code audit. But I definitely won't ever perform a login ritual again with rigorous protection spells active.